GolfMagic readers have been discussing the OWGR system and if Scottie Scheffler really is the best player in the world ahead of The Masters. 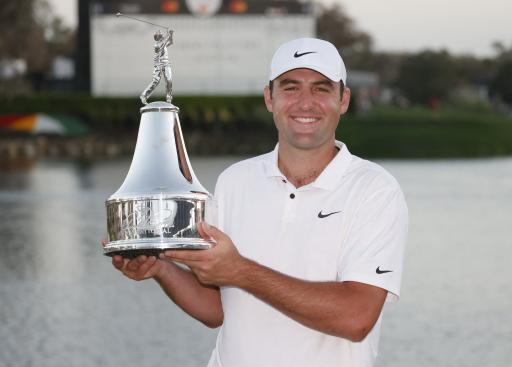 Scottie Scheffler is the current World No.1 but he could be toppled by Cameron Smith if the Australian wins The Masters.

If you weren't aware, there were changes made to the Official World Golf Ranking in 2021 which are reportedly "more accurate" reflections of how players are currently performing.

Eight weeks ago Scheffler had never won a tournament. Fast-forward to the eve of The Masters and he's now the best player on the planet.

Three wins from five starts on the PGA Tour saw him wrestle the top spot from Spaniard Jon Rahm, who got to the top in July 2020.

The ranking system has been a source of debate and confusion for a long time; just ask our readers over on our Facebook page.

Sir Nick Faldo has previously bemoaned the system by saying that he had won four majors by the time had got to the top of the world.

Scheffler hasn't won a major. He likely will if he continues in this vein of form. But is he really the best player in the world?

At this point in time players' points are divided by the number of events played over two years, with the points determined by the strength-of-field rating.

The system also includes a metric called Strokes Gained World Rating, which is based on scores from strokeplay events.

They are adjusted for the difficulty of each round played over a two-year rolling period. Golf bosses think this gives a more accurate reflection of performance.

More: Scottie Scheffler says he was trying to show off when he duffed chip

Comments on our debate included:

"Hard to say no. The hottest player yes, the best? That is definitely up for debate"

"Absolutely not talent wise but cheers to him and this hot run he's on. Good dude."

"He opened eyes with his performance at the Ryder Cup. Was solid then and has improved. Could be a major champion this year as well."

"Yes. To be fair to him, he's been class for a while now and he has won and will keep on winning.

"Three wins in his last five PGA Tour starts so most definitely. Rahm hasn't won since the summer."

"Great consistency so would have to say yes he is."

"As of right now, yes! Have to say he is playing more complete golf than anyone else. His game has translated very well."

"Wouldn't call him the best but he's got the hot sticks going for him right now."

"I would say no. Still lots of players to get going and you don't want to peak to early before The Masters."

"Maybe so. The Masters will be very interesting."

Next page: What equipment does Scottie Scheffler use?