No shortage of topics for Netflix special, but will they be addressed?

The Netflix special is being recorded this year and no doubt fans will watch it on the streaming platform. But will key issues be addressed? 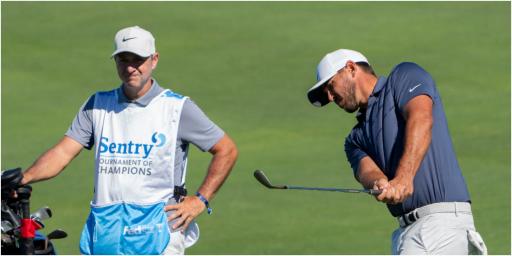 Why? Well, Netflix makes good programmes and it's being made by the same group of people who produced the hugely popular F1 show Drive To Survive.

They absolutely aren't afraid to dive into the most controversial issues at hand and there is no shortage of topics to talk about.

They could dive into the Prince Andrew scandal if they so choose. It was confirmed to GolfMagic last week he still remains an honorary member at the R&A.

Players could be asked about Saudi Arabia's attempts to take over the game.

The kingdom's crown prince is said to have known about the assasination of journalist Jamal Khashoggi.

In spite of this, players are still heading out to play the Saudi International next month, and needed waivers to do so.

Related: Golf fans give their verdict on The Match

Related: Which golfers are taking part in the Netflix special?

Will you watch the Netflix special showing behind-the-scenes footage from the PGA Tour and the majors?

The only issue here is that when these topics have been approached in recent months we have been met by a wall of silence.

If we don't have silence, we'll have the same feeble lines trotted out about "growing the game" or "not being politicians".

Absolutely, Shane Lowry, Justin Rose and Bryson DeChambeau are not politicians. But they are capable of using Google.

I understand the cries of selective outrage and ultimately there is hypocrisy everywhere.

But do you really want to play golf in Saudi Arabia, really?

It has been reported that the PGA Tour does not have any editorial control of the final product.

One can only assume that they have confidence their players won't stick their heads above the parapet and say what they really think instead of a fluffy PR line.

There are other issues here. One being the authenticity of the programme. Max Verstappen, who won the F1 world championship in controversial fashion over Lewis Hamilton, refused to take part in the last series.

"They faked a few rivalries," he complained to the media. Well, we know all about that don't we? Not mentioning any names.

The programme could also focus on the players' struggles to be more independant.

Rory McIlroy has spoken at length about this before but will the show go further into this issue?

There of course will be a good level of humour. Justin Thomas and Max Homa have already showed us what we have in store.

Certainly, what we're likely to see is a polished product made easy to watch from our sofas who love to binge-watch.

There is another issue in the fact its star player and star attraction is not taking part.

Can you imagine if we got to follow Tiger Woods in his latest rehab?

Elsewhere, the player impact program could be discussed.

Phil Mickelson won the cash prize this year. But it is arguable that there is something wrong with the metrics when Woods isn't the biggest draw in the game.

There is no shortage of topics but will they really be addressed?

Will it really be worthwhile? Will you be watching?

More: The best stinger video ever?!

PGA tour
netflix
bryson dechambeau
Tiger Woods
drive to survive
Previous
Paige Spiranac and Lucy Robson in golf GPS & laser deals: which do you prefer?
Next
WATCH: This air shot could be the worst we've ever seen...