Andrew 'Beef' Johnston replied to Piers Morgan on Twitter after his comments relating to US gymnast Simone Biles and England cricketer Ben Stokes. 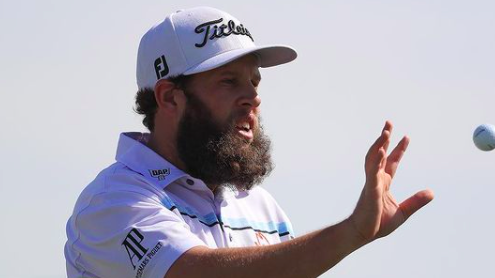 Andrew 'Beef' Johnston responded to the ever-controversial Piers Morgan on Twitter after the former Good Morning Britain presenter posted his comments on Ben Stokes' withdrawal from the England Cricket Team.

Morgan was extremely critical of US gymnast Simone Biles after she withdrew from the women's team event on Tuesday, announcing that she needed to "focus on mental health."

Biles, who has won four Olympic gold medals and is the most successful US gymnast of all time, received a lot of support from sporting figures and fans, including four-time major champion Rory McIlroy.

Johnston's tweet to Morgan refers to the latest news that Ben Stokes has withdrawn from the England test team ahead of their series with India. Stokes is set to take an 'indefinite break' from cricket to prioritise his mental health.

What’s the difference here with anyone else ? if you have some guts you will treat him the same. If you had half the bottle all these amazing athletes have you will. #piersinapickle https://t.co/aUu3Z5pBNF

Biles and Stokes have chosen to take time away from their sports for the same reasons, but Johnston felt that Morgan did not show the same criticism towards Stokes as he did to the young gymnast.

The one-time European Tour winner stated that if Morgan "had half the bottle" of the athletes at the Olympics, then he would show the same criticism for Stokes.

Fellow European Tour players such as Lee Westwood and Thomas Bjorn replied to Beef's tweet with funny comments and reactions, as did many other people who felt the same way.

Morgan has never been far from controversy with his roles in the media over the years and Johnston felt that he needed to hold him to account on social media.