Bryson DeChambeau may switch to side saddle putting!

The Scientist is ready to experiment again! 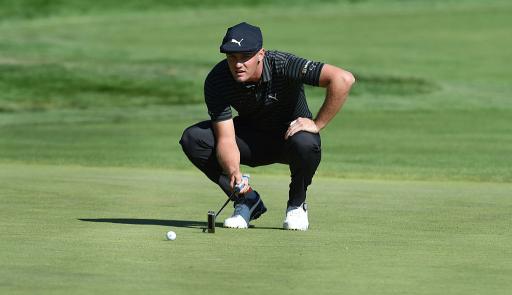 Bryson DeChambeau is rumoured to be experimenting side-saddle putting which was first made famous by the legendary Sam Snead in the 1960s.

DeChambeau, 23, missed the cut in his first of the new 2016/17 PGA Tour season at last week's Safeway Open, but it would appear he is ready to get back in the saddle, quite literally, at the Shriners Hospitals for Children Open early next month.

Watch the video above to see how side-saddle putting works.

A switch to the irregular putting method would add to the former physics major's use of single-length irons and his "vector putting" method to read greens.

According to the Golf Channel's Tim Rosaforte, "he thinks this is going to be a game-changer the way the same, one-length golf clubs are, or he feels like he will be ultimately after he's continued to be successful with them."

What do you make of Bryson DeChambeau? Is he a breath of fresh air or making the game more complicated than it should be? Share your thoughts in the forum or join the debate on our social media platforms.