Rapper Cardi B announced on Instagram that her next album will be named 'Tiger Woods'. 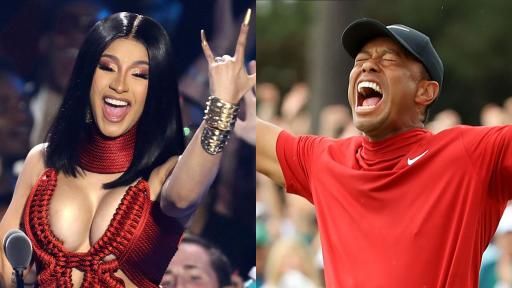 Cardi B is one of the biggest rappers in the world right now and flying the flag high for women in the rap game. For those of you unaware of the 26-year-old superstar from New York, her real name is Belcalis Marlenis Almánzar and she burst onto the scene in 2015 and hasn't looked back since.

Cardi B's first album 'Invasion of Privacy' was a huge hit and the songs featured on the album won her multiple awards and she was the third female rapper in history to be nominated for album of the year, but lost out to Kacey Musgraves. Since her debut album, Cardi B has released more songs and worked with more global stars like Bruno Mars and many fans have been calling for the next album.

With 51.2 million Instagram followers, it's safe to say that Cardi B has a huge following on social media and on a recent Instagram live story, the Grammy Award winner addressed her fans while having her makeup done.

Cardi B announces that she will name her new album 'Tiger Woods'.

She also confirmed that she won't release any music for the rest of 2019. pic.twitter.com/9PXefMggYo

It did seem as though Cardi B wasn't 100% set on the album name, but it would certainly be a surprising choice if she were to stick to it.