Does golf offer a COMPLETE workout? New data reveals all

Justin Thomas, Rory McIlroy and Nelly Korda use fitness trackers such as WHOOP, but does the game offer a complete workout? 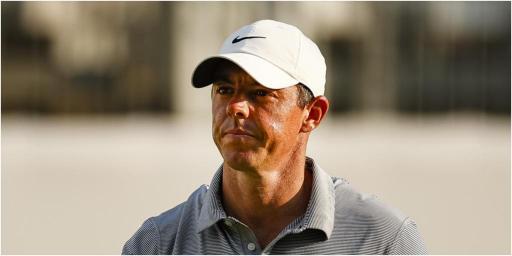 Justin Thomas, Rory McIlroy and Nelly Korda are just some of golf's biggest stars who use fitness trackers.

One of those trackers is called WHOOP which measures strain, recovery and sleep.

All in all, by making sure you are on top of these key areas in your fitness then you can give yourself the best chance to perform.

You'll notice heart rates in the corner of the screen on live coverage - which shows the dramatic differences when players are really feeling the pressure.

What was interesting with Korda was that her data showed that her heart rate was higher when she was on the podium receiving her gold medal at the Olympics compared to when she was standing over her winning putt.

This technology is not just utilised by pro athletes, but by people all over the world.

The brand - WHOOP - have released their data from 2021 showing the lifestyle and behaviour trends among users.

One thing was interesting: golf was the seventh most popular activity.

It ranked ahead of other ventures like yoga and spin classes.

The company has not revealed their sample size, but their product is used in more than 36 countries.

There was one issue with breaking down the data in that you cannot determine if a user was playing 18 holes or just going to the driving range.

Calories burned, on average, was 770.

Users who had ticked "walking" as their activity came in with an average of 113 beats per minute and an average calories burned of 200.

One of the characteristics measured in the app is called "strain" and is measured on a scale of 0-21.

For users who had ticked golf, the average activity strain was 10.9.

That, apparently, is similar to running 5k.

What this means, essentially, is that golfers tend to get strains that are consistent with other workouts, just over a different time period.

Emily Capodilupo, WHOOPs vice president of data science and research, told GolfDigest: "I think the interesting thing to see is that at the end of the workout, [golfers] do tend to get to those strains that are consistent with other workouts."

Capodilupo added: "It's just happening over a few hours instead of 45 minutes. Our typical workouts are closer to an hour. It's definitely interesting to see that there are a lot of different paths to get to a similar physiological outcome."