Luke Donald returns to golf at this week's Sony Open. 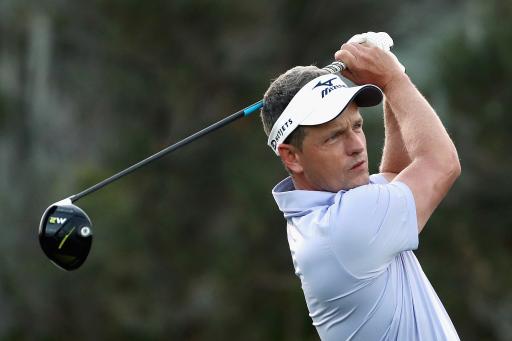 Luke Donald has revealed his relief at being able to return to golf at this week's Sony Open with a full bill of health following a recent heart issue.

Donald, 40, was hospitalised before the first round of the RSM Classic in November with chest pain, but was released after six hours of tests.

“They think it was like a stomach flu that my kids had got and had gotten into my GI track and presented itself as a heart issue,” said Donald, speaking ahead of the Sony Open.

“Everything turned out extremely normal. Actually they said my heart looked young for my age. It was a bit scary.”

Donald said there have been no issues since he was released from the hospital and regretted having to miss the final event of the fall schedule, but he wasn’t given much of a choice.

“The doctor felt uncomfortable that I’d go play and wanted me to go get it checked out,” he said.

“It was bad timing being Thursday morning, if it was Wednesday morning I would have played the tournament.”

Justin Thomas will bid to defend this week's Sony Open where he won by seven strokes last year.

luke donald
PGA tour
Sony Open
Previous
The Belfry appoints Matthew Galley as Head PGA Coach
Next
Dustin Johnson: Do not mess with my weights or I'll be mad