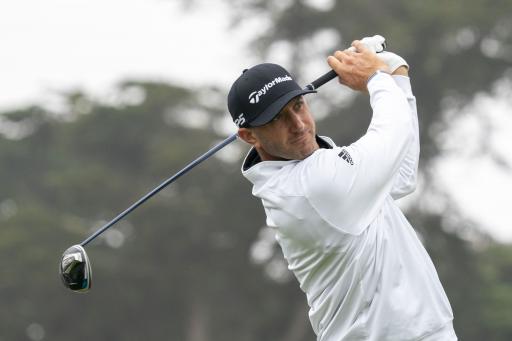 Dustin Johnson will take a one-stroke lead into the final round of the PGA Championship following a superb round of 65 at TPC Harding Park on Saturday.

Johnson, 36, carded four birdies on the back nine to move to 9-under par and one stroke clear of compatriots Cameron Champ and Scottie Scheffler as he goes in search of landing his second career major.

"Tomorrow, it's no different. I'm going to have to play good golf if I want to win.

"It's simple. I've got to hit a lot of fairways and a lot of greens. If I can do that I'm going to have a good chance coming down the stretch on the back nine.

"Just take what the golf course gives me and just keep on going because it doesn't really matter what other guys are doing. All I can control is myself."

England's Paul Casey lies a further stroke back on 7-under par, alongside American duo Collin Morikawa and Brooks Koepka who is bidding to become just the seventh player in the history of the game to win the same major three consecutive times.

Bryson DeChambeau holed the longest putt of the week from close to 100 feet on the 18th hole to move to 6-under par alongside Tony Finau, Justin Rose, Daniel Berger, Tommy Fleetwood and Jason Day.

Rory McIlroy and Tiger Woods are well down the field on level-par and 2-over par respectively.