A former Royal cop has said he would have knocked out Prince Andrew if asked to retrieve his stray golf balls, saying: "I'm from the East End, I wouldn't stand for that." 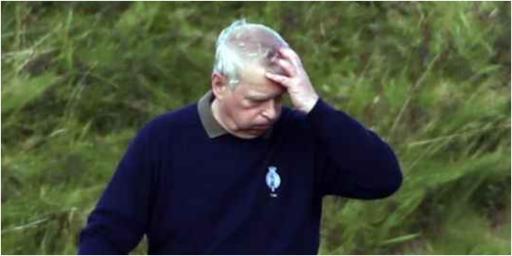 Prince Andrew reportedly ordered his protection team to stand in the lawns of Buckingham Palace to retrieve his stray golf balls.

That was the claim made by The Sun about the Duke of York, 61, who is facing claims he sexually abused one of Jeffrey Epstein's victims.

According to the paper, Andrew used to make royal protection officers act as ball boys while he practised his golf swing on the pristine lawns.

One palace insider has suggested at the time they were supposed to be guarding the royal, but were instead standing around 100 yards away.

Prince Andrew is no longer a member of the R&A... https://t.co/m6RLQSLsTY

Those were the claims of one former palace insider, according to the DailyMail, who published the original story in 2008.

Paul Page was one man who worked as a royal protection officer at the Queen's Buckingham Palace residence over a six-year period.

He has previously spoken about Andrew before but has been quoted by The Express saying that he "wouldn't stand for that".

Page told the newspaper he had seen the Duke demand police pick up his golf balls a number of times, but hadn't been asked to himself.

"If he asked me to pick up his golf balls, I'd have f***ing knocked him out. I'm from the East End, I wouldn't stand for that."

Well, tell us how you really feel, Mr Page. Page reportedly worked for the royals between 1998 and 2004.

He claims that Andrew was "a bully".

Andrew denies the claims he sexually assaulted anyone.