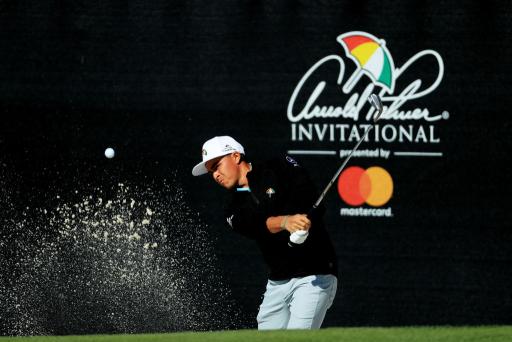 Rickie Fowler’s favourite Arnold Palmer moment? That would be spending time with the King and Tiger Woods a the 2013 Arnold Palmer Invitational.

A slightly odd choice, though, as that was a tournament Fowler had a chance of winning before collapsing on the final holes – no guesses for who did win the event…

With the final round delayed because of bad weather and played on Monday, Fowler drew to within two shots of Woods with four to play, before dropping four shots on the next two holes.

Tiger went on to win, usurping Rory McIlroy at the top of the rankings.

Nevertheless, Fowler cherishes the time spent with two of the game's greats.

“Being able to hang with Tiger, with Arnie, Doc [Giffin] as well, there was a couple other people in the locker room, we just kind of hung out, had a couple drinks, shared stories, and those are kind of priceless moments,” Fowler said.

“Being around Tiger and Arnie, two of the greatest guys to ever play the game, kind of a special hour or so that we all got to hang out and spend together.”