Golf legend slams WORST GOLF RULE of all time | Do you agree?!

Gary Player reveals the worst golf rule. What do you think? 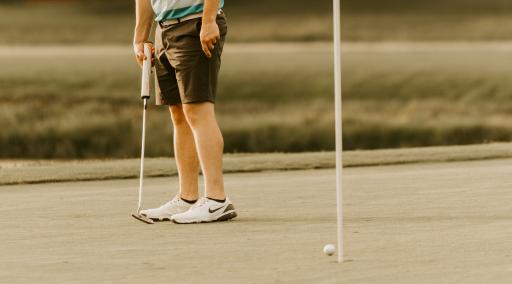 Golf legend Gary Player believes allowing golfers to putt with the flagstick in the cup has become the worst golf rule of all time, following an interview with GOLF.

Player, 87, is a nine-time major champion who won 24 times on the PGA Tour.

The South African considers the revamped rule permitting players to putt with the flagstick in the hole has contributed to significant cup damage when players go to retrieve their ball.

Those with big hands are to blame.

"I think the worst rule ever invented is leaving the pin, the flag in the hole," Player told GOLF.

"You get these guys with their big hands, and they go to take the ball out of the cup, and they squeeze their hand in between the cup and the flag.

"They pull the cup up, and every cup you play now is raised."

Player added: "They tell you you'll hole more putts hitting the flag. That's hogwash. The greatest putters in the world never ever left a flag in a hole. And they were as good as putters as you'll ever find today.

What's the worst rule in golf?

GOLF reached out to a USGA spokesperson following Player's comments about the rule.

The spokesperson replied: "While not addressed [in the rules], players should use caution when removing the ball or flagstick to avoid damaging the hole.

"However, players can repair damage to the putting green, which includes the hole, so if damage occurs while removing the ball or flagstick, it cane be fixed under Rule 13.1c."

READ MORE ABOUT THE FLAGSTICK RULE

Golf's governing bodies, the R&A and USGA, made a change to the flagstick rule in 2019.

This was in a bid to help speed up play, as Player mentions above.

Previously, there would be a penalty if you putted out with a flagstick in the cup while on the greens.

But now there is no penalty.

A number of Tour pros continue to putt with the flagstick in, most notably US Open champion Matt Fitzpatrick and LIV Golf's Bryson DeChambeau.

During the Covid lockdown in 2020, pins remained in cups to avoid golfers touching the flag and potentially contracting the virus.

That rule was then relaxed as soon as cases lowered in 2021.

GolfMagic spoke to a number of golf course managers about putting with the flag in.

One manager told us "it's a gimmick".

Many golfers out there would no doubt agree with Player that putting with the flagstick in is the worst rule in the game right now.

Others, however, would consider THIS shocking golf rule as the worst in the sport!

Here's what that rule will never change, though.

What do you consider the worst golf rule in the game? Share your thoughts and comments over on the GolfMagic social media channels.