Golf Saudi CEO: "We will be golf's most dynamic market in a decade"

Majed Al Sorour explains why Saudi Arabia will soon become the most innovative market in the sport. 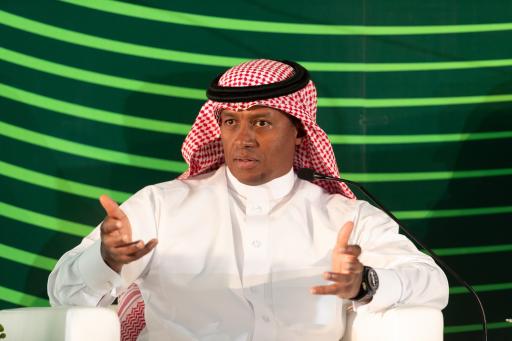 Majed Al Sorour, Chief Executive Officer of the Saudi Golf Federation and Golf Saudi today gave the opening keynote speech of the inaugural Golf Saudi Summit to outline Saudi Arabia’s ambition to become recognised as the most innovative market in the sport within the next 10 years.

Al Sorour delivered his address to the first ever assembly of national and international stakeholders in the Kingdom following the conclusion of the Saudi International powered by SoftBank Investment Advisers.

"It gives me great pleasure to be able to welcome you all to Saudi Arabia and to discuss something that is very close to my heart, the great game of golf," said Al Sorour.

"Golf requires commitment. Dedication to mastering the basics. The sport demands self-governance, etiquette, discipline and self-governance. As a result of these values, I want golf to become part of the fabric of modern-day Saudi Arabia."

The inaugural Golf Saudi Summit will allow delegates the chance to learn more about golf’s rapid growth within the Kingdom while evolving key business relations.

In the coming days, attendees will see first-hand how the nation has taken major strides in golf development through Golf Saudi’s commitment to creating a new ecosystem, which has focussed on Golf Saudi’s five key development pillars: Access and Infrastructure, Events, National Team and Academies, Mass Participation and Tourism.

Showcasing Saudi Arabia’s ambition and its connectivity to the national Vision 2030 social-economic development programme, the Summit is the brainchild of His Excellency Yasir Al-Rumayyan, the Chairman of the Saudi Golf Federation and Golf Saudi and has been established to bring the leading business figures in global golf together to debate how Saudi can pioneer new benchmarks in mass participation, design and management.

Key metrics Golf Saudi wish to achieve in the next decade include having 13 – 27 thousand registered golfers in the Kingdom, to ensure over one million Saudi nationals have actively tried golf, as well as establishing golfing camps for children with a minimum of one camp per week at each golf course, with each camp consisting of roughly 30 children.

"Under the vision of His Royal Highness, the Crown Prince, Mohammed Bin Salman, the nation has taken the boldest steps in its history," said Al Sorour.

"We have laid out major plans for the socio-economic growth and development of the Kingdom; in tourism, commerce, investment and the entertainment sectors The nation has taken its boldest step and is very much open for business.

"These are hugely exciting times. I have a number of over-arching aspirations for golf in the Kingdom, but fundamentally I want golf to help develop the leaders of tomorrow, in government, in business and in all walks of life.

"During this week’s inaugural Golf Saudi Summit, we are hoping we that our conversations can play a significant role in shaping our collective vision for golf in Saudi Arabia. We want to debate how we drive true golfing success in Saudi Arabia.

"How we introduce the game at every level. To children and to adults. To men and to women. Right across the Kingdom."

During the Golf Saudi Summit, businesses will be given a unique opportunity to tap into this progress, as the Kingdom showcases numerous lucrative opportunities and its ability to drive real estate, corporate, tourism and business-to-business benefits.

RELATED: GRAEME MCDOWELL APOLOGISES TO REF AFTER "THROWING HIM UNDER THE BUS"

Going into the last day of the tournament, a tense final round was played out with Northern Irishman Graeme McDowell maintaining his slender advantage to secure a two-shot victory over defending champion Dustin Johnson.