Golfer hits incredible shot across a ROAD and HOLES OUT

This golfer took the play it where it lies rule pretty seriously, but it paid off... 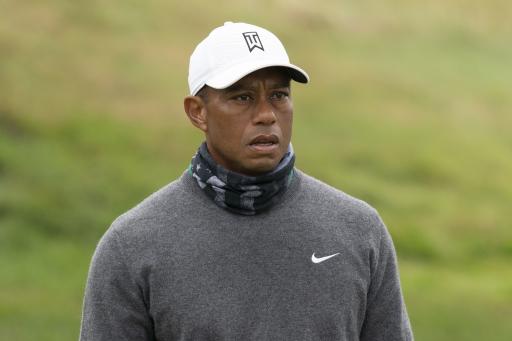 A video has gone viral on social media of a golfer taking the "play it as it lies" rule to the extreme, as he leaves the golf course to hit his shot back over the road and somehow he manages to hole it.

If we're being technical, this guy is definitely out of bounds and the shot shouldn't actually count, but there's no way I wouldn't be letting him have it if I was playing in his group.

The shot is judged to perfection. Not only does this golfer have a road to hit over, but there are also trees guarding his view of the green and the pin position doesn't leave him with much room to work with coming in from that angle.

Watch the incredible shot in the video below:

Play it where it lies pic.twitter.com/gvnny42iYb

The reaction from the man behind the camera is brilliant. Giggling away as his friend crosses the road to take his shot, probably hoping he makes a fool out of himself, but as he watches it roll straight into the cup he celebrates as if he's made the shot himself.

It didn't take long for the video to start doing the rounds on Twitter and Instagram, with hundreds of golf fans impressed with the epic hole-out.

Have you got any epic golf videos of you or your friends that you'd like shared on the GolfMagic Instagram page? If so then feel free to send them to us via email: videos@golfmagic.com

NEXT PAGE: Rory McIlroy SNAPS HIS CLUB in anger during ZOZO Championship first round!