How the 2019 FedEx Cup would have finished up under the old system...

The FedEx Cup underwent huge changes in 2019 - so would the story have been any different under the old format? 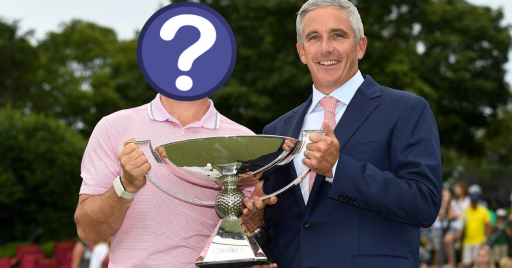 Rory McIlroy won his second FedEx Cup with victory at the Tour Championship on Sunday, but for the very first time with the PGA Tour's new stroke-adjusted format.

The Northern Irishman carded rounds of 66, 67, 68 and 66 to prevail by four strokes on 18-under par, and with it collect a boosted first prize of $15 million.

The FedEx Cup underwent huge changes this year, first by switching from the original four Playoffs events to just three.

But the biggest change was the new stroke-adjusted format.

RELATED: RORY CLAIMS HE WANTS TO BE "MORE LIKE BROOKS"

So for the curious among you... had the PGA Tour stuck by its original system we can assure you the end result would have been the same from a winner's perspective at least.

McIlroy would have pulled off the double by winning both Tour Championship and FedEx Cup titles - something that had happened in  eight of the previous 12 years since the FedEx Cup began.

As things wound up with the new adjusted scoring system, McIlroy finished the week on 18-under par, four shots clear of Xander Schauffele on 14-under par, with Brooks Koepka and Thomas tying for third on 13-under par. England's Paul Casey finished in solo fifth on 9-under par, with Adam Scott on 8-under par.

RELATED: HERE'S HOW MUCH THE TOP 30 PLAYERS WON AT THE FEDEX CUP

Patrick Cantlay will be the one feeling most hard done by given his tie for 21st ($480,000) would have actually resulted in a solo fifth place ($1 million) under the old system.

Then again, let's not feel too sorry for the lad... he did still pick up nearly half a million!

Here's a look at how the scores looked, and how they would have looked under the 2018 format...

HOW THE FEDEX CUP WOULD HAVE FINISHED UNDER THE OLD SYSTEM...