Daly bought two replicas of the Claret Jug after 1995 victory at St Andrews. 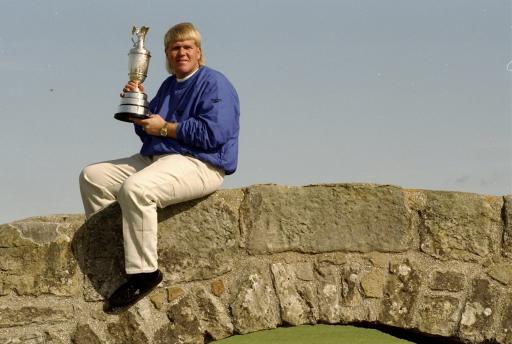 Fancy owning a Claret Jug? You don’t even have to pick up a club to own the coveted trophy - John Daly has put one up for auction.

The Wild Thing won the oldest major in golf in 1995 at St Andrews, allowing him to keep the jug for a year and then own a replica, of which he bought two.

Heritage Auctions has one of those replicas, and it’s expected to draw a high price.

In 2016, Daly looked to sell a replica trophy, with $10,000 laid down after a few days, only for the auction to suddenly close.

Heritage Auctions "stresses to interested parties that there is no ownership controversy today and that this is indeed the one and only John Daly Claret Jug available to the collecting public."