John Terry made five birdies during his best ever round of golf in the United Kingdom. 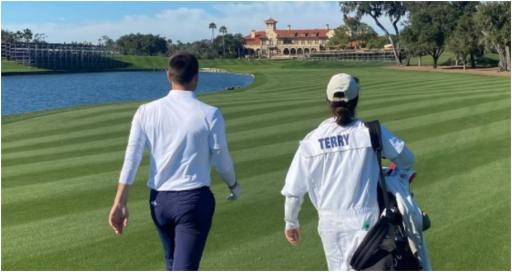 John Terry will go down as one of the best central defenders to ever grace the Premier League, and his golf game is pretty good too.

Ever since he retired from professional football in 2018 at the age of 37, the former Blues defender has been keeping himself busy by still maintaining a healthy lifestyle of golf and fitness.

Last April former England captain Terry announced that he plays off scratch. He reportedly is an addict of the game and he regularly posts updates on his Instagram. He's lucky enough to have played TPC Sawgrass. How the other half live, eh?!

When he hung up his football boots he said he gave himself a target of playing off scratch and it was achieved fairly swiftly.

"Not the most exciting post," he wrote on social media. "But one that I'm most pleased with."

If you didn't know, a scratch golfer is a player who boasts a handicap of zero and should play 18 holes in level par and not need extra shots.

It takes an enormous amount of practice to achieve that feat and Terry is no stranger to putting in that kind of dedication to a sport.

-2 Best Round Of Golf In The UK pic.twitter.com/Xvjh7oEMQx

Terry, 41, took to his social media on Monday, April 25 to announce that he has just recorded his best ever round of golf in the United Kingdom.

It was a 2-under par round at Wentworth's East Course. Looking at his score card, he started well with two solid pars before making great birdies at holes 3, 4 and 5 before dropping a shot at the 6th hole, making the turn at 2-under par.

Other footballers who are good at golf include Spurs captain Harry Kane, who last summer posted a clip of his first ever under-par round.

England captain Kane also flew out to watch the Masters.