Matt Kuchar: "The things my grandma was hearing was really tough"

Kuchar reveals the extent of verbal abuse he and his family have received in 2019. 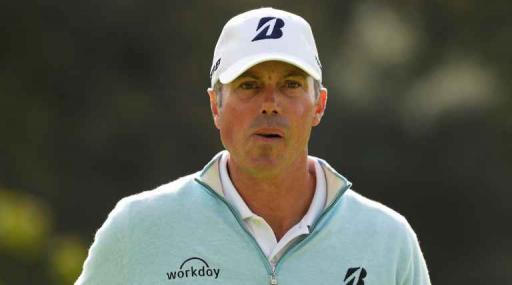 Matt Kuchar has been playing some of the finest golf of his career this season. He's also endured some of the toughest following three controversial moments on Tour in recent months.

At the Sony Open in January, which Kuchar eventually won, former PGA Tour player Tom Gillis accused him of stiffing David (El Tucan) Ortiz - the local caddie Kuchar had on the bag for his victory in Mayakoba at the end of 2018.

Then a couple of months later, there was a concession mishap with Sergio Garcia during the WGC-Match Play, before cameras picked up Kuchar in an odd dispute with TWO rules officials at the Memorial.

Earlier this week, Kuchar was asked about the mounting criticism, acknowledging it's been difficult.

"I don’t do ­social media, so that helped to not see much. However, the things my grandmother was hearing and talking to me about was really tough," Kuchar said during this week's Scottish Open.

“I’ve kind of always been that kid who had made my parents and grandparents proud and to see them hear some of the things said about me was a position I never wanted to put them in, and that was very, very difficult.”

Kuchar explained he has sought the advice of his fellow US Ryder Cup teammate Phil Mickelson, and it has been particularly helpful.

Kuchar got off to the perfect start in the Scottish Open with a blistering 8-under 63 to share the first-round lead.