Thomas Pieters has urged America to get rid of their guns in the wake of another mass shooting at an elementary school. 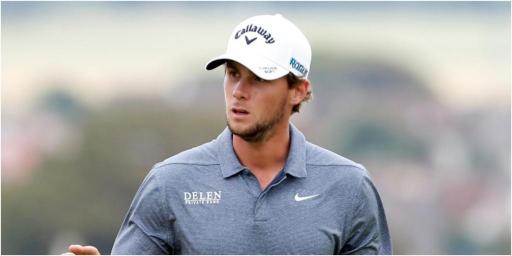 First it was Ian Poulter who spoke out about gun violence in America, now it's Thomas Pieters.

Pieters took to social media in the wake of another mass shooting in Texas where a gunman murdered 19 children and two adults.

It has been reported that 17 others were injured when Salvador Ramos, 18, opened fire inside Robb Elementary School in Texas.

In the wake of another heinous crime, yet again America appears to be divided on how to tackle the issue of gun violence.

Like many people this side of the pond, Poulter simply could not comprehend their gun laws. And neither could Pieters.

Hey America. Get rid of your guns please. This is devastating having a young daughter I can’t imagine how these parents feel.

Related: Thomas Pieters throws a strop on the PGA Tour

It has since emerged that the attacker had sent messages on social media about the shooting minutes before it happened.

The governer of Texas, Greg Abbott, claimed Ramos had promised to shoot his grandmother in a private message 30 minutes before.

Around 15 minutes before the shooting, Ramos reportedly sent a final message announcing he would target the elementary school.

CNN have reported that the private messages were sent to a 15-year-old girl in Germany who Ramos met online.

The BBC have reported that Ramos was a loner who lived a "fraught home life".

He is said to have shot his grandmother before fleeing the scene in a battered truck carrying the firearms he purchased online.

A border patrol officer who had responded while nearby killed him, according to the governer.

Next page: Why caddies can never win, according to Justin Thomas