Novak Djokovic isn't the only sports star to refuse a vaccine

Novak Djokovic isn't the only athlete to have caused controversy, even Bryson DeChambeau has made headlines in the past over his approach to the disease. 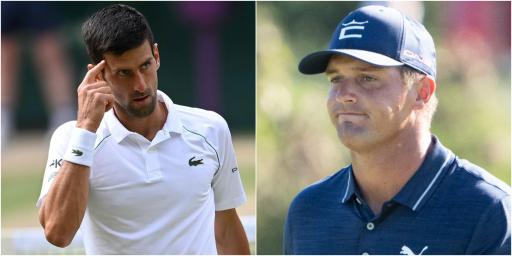 Novak Djokovic, the multiple grand slam winner has been making headlines worldwide over his approach to Covid-19.

But he's not the only sports star who has refused jabs or not disclosed their vaccination status in this world we now live in.

In the NFL, Aaron Rodgers drew headlines after he said he was immunised and then later tested positive.

German footballer Joshua Kimmich said he had concerns about the long-term impact of the vaccines.

NBA star Kyrie Irving was banned from practising and playing after he refused a vaccine.

Irving later said he was making the decision that was best for him and he accepts being demonised over the comments.

Djokovic is currently waiting to find out if his visa is going to be cancelled again ahead of the Australian Open.

In golf, one PGA Tour pro went on a foul-mouthed rant after he was refused entry into the Bermuda Open last year.

In a higher-profile story, Bryson DeChambeau made headlines with his comments before the Olympics.

What did Bryson say?

"I'm young enough, I'd rather give it (the vaccine) to people who need it. I don't need it. I'm a healthy, young individual that will continue to work on my health."

DeChambeau, 28, made these comments last August, later contracting the disease which ruled him out of the Tokyo Olympics team.

DeChambeau said he lost 4.5kg in weight after contracting the disease. His comments drew so many headlines around the golf media that he generally avoided public media appearances until the Ryder Cup and shortly after.

He even admitted he was close to quitting golf altogether.

"I just felt like, 'I don't need any of this. Why put myself through all this torture,'" he said.

To this day, it is still not clear if he has had any vaccines.