Shane Lowry on playing the Saudi International: "I'm a golfer, not a politician"

Shane Lowry was one of 30 players that were granted permission to play by the PGA Tour, but this has not come without a mixed response from the golf world. 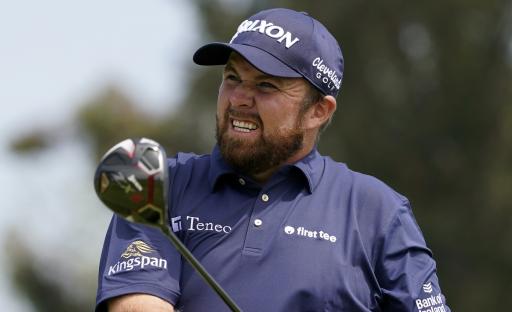 Shane Lowry declared that he is a golfer and not a "politician" after being asked about his participation in the Saudi International next month.

Lowry was one of 30 players from the PGA Tour that was granted access to the tournament which is being held at the Royal Greens Golf and Country Club in King Abdullah Economic City from February 3-6.

The event has attracted a fantastic field of the world's best players such as Dustin Johnson, Bryson DeChambeau and Phil Mickelson.

Last week, it was announced that the Private Investment Fund would be the tournament's title sponsor, which is the sovereign wealth fund of the Saudi Arabian government.

People have accused the Saudi's $100 million investment into the Asian Tour as an attempt to 'sportswash' their questionable human rights record.

"Look, obviously there’s no hiding from the people writing about this tournament or what they’re saying about us going to play, but at the end of the day for me, I’m not a politician, I’m a professional golfer," Lowry said.

"But I’m happy to go there. I’m happy to earn my living going there and going and playing good golf and hopefully win a tournament.

"I think for me as a golfer, I’m not a politician, I’ll let everyone else take care of that, and I’ll go and do my job."

The Private Investment Fund is associated with LIV Golf Investments which is a company run by two-time major winner Greg Norman. He is also the commissioner of the supposed Saudi-backed golf league that is set to emerge in the future.

The ethical background behind the Saudi International is the biggest issue with the involvement of the Saudi Arabian government. But as Lowry states, the only thing the 2019 Open champion is focused on is golf.

NEXT PAGE: THE FIVE BEST GOLF DRIVING RANGES IN ENGLAND THAT YOU NEED TO VISIT!