This journeyman pro has won once on the PGA Tour - but he won't be winning in Bermuda next month. 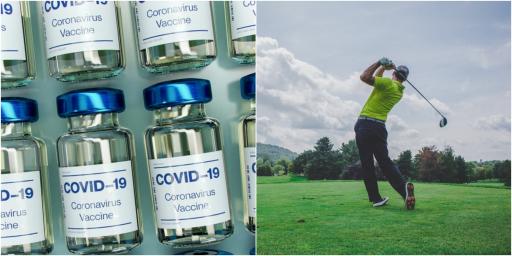 An unvaccinated PGA Tour player is unlikely to ever be allowed back to Bermuda again after a foul-mouthed rant on social media.

Charlie Beljan was reported by bunkered as launching into an astonishing rant at the British island territory after he was forced to withdraw from next month's Bermuda championship.

That is because he hasn't yet had the Covid-19 vaccination meaning the 36-year-old pro was forced to not pack his Tour, missing the tournament scheduled for October 28-31 at Port Royal Golf Club.

Beljan is somewhat of a journeyman on the PGA Tour and wrote on Twitter of his frustration, saying: "Today I was forced to withdraw from @PGATOUR event in Bermuda because i didn't take the jab. This is not the tour's policy but it is Bermuda's. The tour has done an amazing job through this hoax. F*** Bermuda and all you nazis pushing this agenda."

The rant has since been hastily deleted after the account was inundated with responses criticising the golfer of his stance.

But you are what you Tweet and the Internet never forgets.

RELATED: WAS SHANE LOWRY OUT OF ORDER?

One user wrote to him:

"Well, if that's what you though either

1. You didn't do your research - countries have been clear on this for some time

2. You didn't think it would apply to you, which comes from a place of privilege

According to reporting from the New York Times, Bermuda earlier this week topped a global list for the number of Covid-19 cases per 100,000 residents. There are strict restrictions currently in place as they wrestle to get the virus under control.