The six-part series will feature some of the world's best golf holes with the first episode coming on October 11. 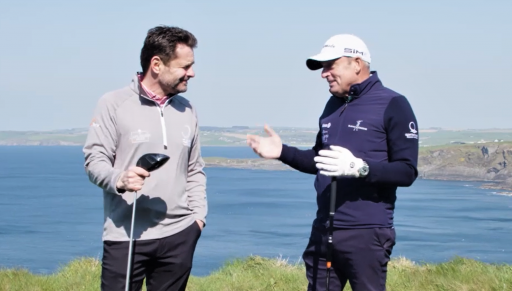 The six-part series will feature some of the finest golf holes in the world, with the first episodes focused on Paul McGinley’s native Ireland and nearby Northern Ireland.

During filming earlier this year, Paul and Chris travelled the length and breadth of the Emerald Isle playing iconic courses such as Royal County Down, Royal Portrush, Adare Manor, Lahinch and Rosapenna.

With the help of drone cameras and unique access to courses earlier this year, they captured spectacular images of Irish golf holes that have hosted major championships and Ryder Cups as well as those that present a challenge to the everyday golfer.

RELATED: BROOKS KOEPKA NET WORTH: HOW MUCH IS THE FOUR-TIME MAJOR CHAMPION WORTH?

These will all be included across the six shows that make up the first series. Sky Sports will be screening the first episode featuring signature holes at Old Head, Royal Belfast, Ardglass and Carne from October 11.

More than 20 broadcasters around the world have committed to screening the series from this autumn, with at least four broadcasts each year. Other destinations planned for future episodes include the USA, the Caribbean, Australia and parts of Continental Europe.

"I’m so pleased Chris and I had a chat about this idea a few years ago, because I got to go back to some of the courses on the island of Ireland that are very special to me," said McGinley.

"But I also occasionally got to visit some places I had always wanted to play. And boy, were they incredible! We had a lot of fun making the series and we hope that viewers around the world enjoy it too."

Three times Ryder Cup winner as a player and once as captain, Dublin born McGinley brings a wealth of elite playing experience and knowledge of course design to the show, guiding Chris through the most spectacular and memorable holes.

The duo enjoy time together both on and off the golf course, providing viewers with course insight as well as the local history surrounding several multiple major and Ryder Cup venues, as well as hidden gems.

NEXT PAGE: TIGER WOODS: REMEMBERING HIS FIRST PGA TOUR TITLE 25 YEARS AGO ON THIS DAY