Experienced caddie Brent Henley has questioned why USA athletes appear to be taking the knee at the Olympic Games. 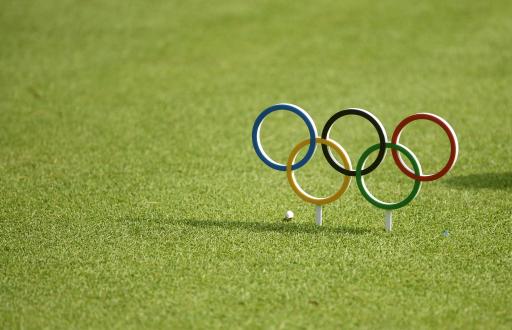 PGA Tour caddie Brent Henley has questioned why some USA athletes appear to have taken the knee during their national anthem at the Olympic Games in Tokyo.

Henley has caddied on the PGA Tour for over 20 years for players such as Woody Austin, Robert Garrigus and John Mallinger in his career.

As many of us have done, Henley has clearly been intently watching some of the great events at the Olympic Games, but he seemed to be particularly confused when he saw some athletes taking the knee, such as the USA women's football team.

"Does any other country but the USA, have athletes kneeling during their National Anthem? No other country has more foreign-born citizens than us. Something is not adding up!!" Henley posted to his Twitter page.

His social media post provoked a reaction from some sports fans who expressed their opinions on sportsmen and women taking the knee, which has become a contentious issue in world sport.

Does any other country but the USA, have athletes kneeling during their National Anthem? No other country has more foreign born citizens than us. Something is not adding up!!

As well as the USA women's football team, a number of other teams such as Team GB, New Zealand and Sweden have all joined together in making the poignant gesture during the Olympics in Tokyo.

Football is just one sport where we have seen athletes show their support for the Black Lives Matter movement and for those who have suffered racism in their lives.

Figures from the English Premier League and the European Championships this summer have had to field questions regarding players taking the knee against racism and discrimination.

Sport can often be used to show support for causes around the world and the Olympic Games has previously been used as an opportunity for athletes to show their support for black people.

In Mexico City in 1968, track athletes Tommie Smith and John Carlos held up their hands on the podium to show their support for Black Power after their 200-metre race.

This was one of the most famous examples of how large sporting events can be used to show such solidarity and kneeling is seen as the rightful measure to ensure discrimination is removed from all sport.