The Duke's Course at St Andrews is refusing to change its name despite pressure from politicians and the public. 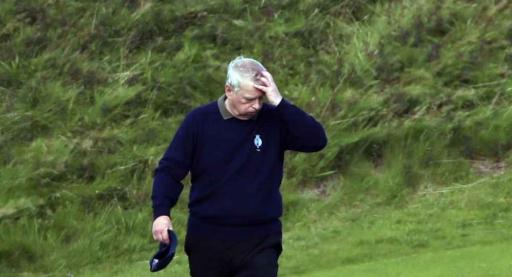 A top golf course in Scotland is refusing to change its name despite the sex scandal engulfing Prince Andrew.

The Duke's Course at St Andrews is sticking with the name, despite pressure from politicians and the public to cut their ties with the royal.

Prince Andrew hit the first tee shot when he opened the course in 1995 alongside the British Lions rugby team, the Daily Record reported.

Andrew, 61, denies claims he had Virginia Guiffre when she was 17. The most recent twist in this story came after his lawyers requested the original copy of the photograph of the two, which has been plastered on news websites all over the world.

Giuffre has launched a civil case against the duke, accusing him of sexually abusing her three times at convicted sex trafficker Ghislaine Maxwell's home in 2001 and later at paedophile Jeffrey Epstein's properties in Manhattan and in Little St James in the Virgin Islands.

Andrew was recently pressured into giving up his lifelong membership at the R&A. His patronages at other golf clubs has also been cancelled.

Related: The ex-royal cop who would have "knocked out" Prince Andrew

Old Course general manager, Phyllis Wilkie, told the Record: "We always take the views of our members extremely seriously but to date we have received no approaches on this matter. We currently have no plans to change our course's widely recognised name."

Scottish Labour MSP Claire Baker added: "In light of the very serious accusations levelled against Prince Andrew, it is only right that the Duke's course is re-named.

"This is major tourist attraction which supports the local economy of St Andrews and Fife in general. That's why it is of paramount importance that the reputation of the Royal and Ancient golf course is protected."

Andrew denies the claims and has requested the case be heard by a jury.

Such has been the furore over his legal problems, all of his military affiliations and royal patronages were removed by The Queen.

Over the years he has been constantly pictured playing golf.

It was alleged that he ordered royal cops to retrieve stray golf balls whilst practising in the grounds of Buckingham Palace.

Maxwell is due to be sentenced in June.