Australian PGA: Jediah Morgan only wanted to make the cut but ended up winning the tournament by 11 strokes and eclipsing one of Greg Norman's records. 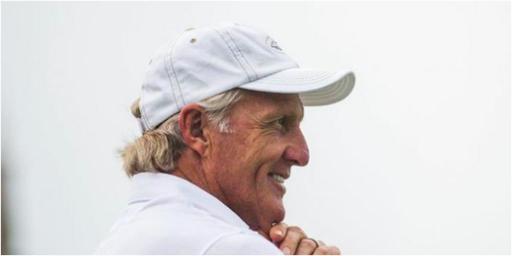 Young professional Jediah Morgan only had one thing in mind at the Australian PGA: to make the cut.

Instead, the 22-year-old won the tournament by 11 shots and broke the 94-year-old event's 72-hole scoring record by reaching 22-under par.

The margin of his victory also saw him eclipse Greg Norman's record of eight strokes held in 1984 and 1985.

Morgan, who also won the Australian Amateur, was understably in a jubilant mood after claiming the win at Royal Queensland last weekend.

“I wanted to just make the cut this week. I know that's a low kind of shot to shoot at, but it was all reality.

"I felt a lot of pressure, especially on myself, obviously being a member here and having won the Australian Amateur here and stuff.

"I missed a couple of tour schools in the U.S. toward the end of my trip and come back a little bit with my tail between my legs."

That 11-shot gap from 1st to 2nd was the same gap from 2nd to T40. pic.twitter.com/QgcMVknYEh

Morgan entered the final day with a nine-shot advantage. By the end, the closest challenger was Andrew Dodt who finished at 11-under par.

Despite the victory, Morgan said he felt sick "for like three days" after opening up with rounds of 65 and 63.

"I thought, there's no way back from there. I tried to press as hard as I could and tried to keep pushing it. It’s been amazing what’s happened. I’m glad it’s over. Whether I won or lost, I’m just glad it's over because I've been in all sorts, for sure.

“I've never had that type of emotion. I've felt pressure for sure, but I've never felt pressure like the way I felt it this week. It was something. I want to do it again."