Jack Nicklaus has always been an advocate for restricting distances in golf, but the Golden Bear is concerned as to when change will come. 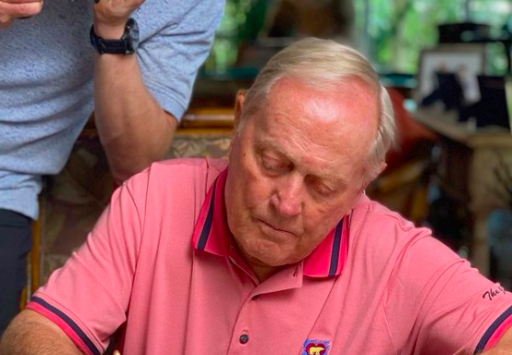 Jack Nicklaus has always been worried about how far golf balls are travelling and he fears the sports authorities aren't making the appropriate changes.

Nicklaus, set to turn 82 next week, has long been concerned about the distances that PGA Tour golfers are able to hit the ball and the effect it could have on golf courses.

In February 2020, a combined Distance Insights Project was released and determined that distance was becoming an excessive focus in the sport.

The USGA and the R&A expressed concern that the skill factor of golf was being diminished and this is a similar opinion shared by Nicklaus.

"They’re slow about reacting about this issue," Nicklaus said to the 5 Clubs podcast.

"For all concerned, for the golf ball to come back to bring back a lot of things back into perspective is very important for the game of golf. I think something will get done, it’s just how long will it take for them to research the problem?"

RELATED: HOT HIDEKI MATSUYAMA: DO THE STATS SHOW THE WAY FOR HIS EIGHTH PGA TOUR WIN?

In a report released by the USGA and the R&A in February 2021, they evaluated "the potential use of a Local Rule option that would specify the use of clubs and/or balls intended to result in shorter hitting distances."

Also, they would look to assess the conformance specifications for both clubs and balls. However, no strategy or plan has been mapped out as of yet.

Last season, Bryson DeChambeau unsurprisingly led the way in average driving distance on the PGA Tour. He averaged 323.7 yards, but even Keegan Bradley averaged 300.2 yards off the tee and he was ranked 61st in the discipline.

When Gary Williams of the podcast asked the 18-time major champion if Muirfield Village would become 8,000 yards one day, he had a short response: "I hope not."