The Queen is now using a £62,000 golf buggy to solve her mobility issues

The Queen has reportedly already taken her beloved corgis out for a spin in her new golf buggy on the grounds of Windsor Castle. 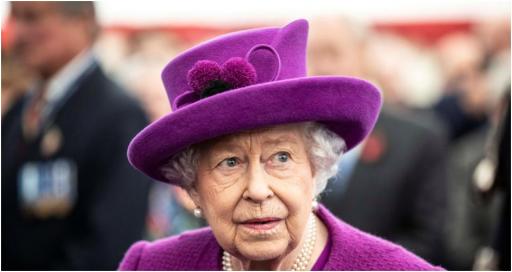 The Queen is now using a £62,000 golf buggy to solve her mobility issues.

Her Majesty reportedly took delivery of the golf buggy earlier in March and has already taken it out for a jolly, The Sun report.

The golf buggy has brown leather seats, is fitted with a Bluetooth speaker system, a refigerator, has a range of 50miles and can reach top speed on 43mph.

Apparently the Queen took her corgis for a spin around Windsor Castle within days of having the luxury buggy delivered.

Now 95 years old, she has reportedly been struggling with stiffness in her legs. She has been using a walking stick for the last six months and has also had a lift installed at Balmoral.

The paper have also reported that she has been unable to walk her beloved corgis since October.

The buggy has been dubbed the "Queen Mobile".

The Sun quote a source saying: "The cart arrived in the last fortnight. She and her aides have already used it.

"Last week she took the dogs out in it for a tour around the private grounds.

"Her Majesty is struggling with stiffness in her legs, so the cart is a perfect solution to getting her around.

"She's been through a lot of physical battles recently with Covid and her back sprain, which would take its toll on anyone — let alone someone who turns 96 next month."

The buggy was built by Danish firm Garia. The cart can be used all year round because of its "weather enclosure" doors.

The Queen was hopeful of attending a memorial service for Prince Philip at Westminster Abbey next week.

She was previously told by doctors to rest up after spending a night in hospital in October.