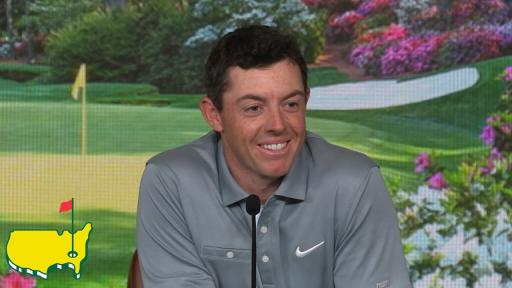 Rory McIlroy has come a long way since he threw away the Masters during the fourth round back in 2011. He's clearly improved physically and we are now seeing some of the best golf of the Northern Irishman's career, but according to McIlroy, it's his mental game that he's been working on the most.

The 29-year-old has made a brilliant start to the new season, with seven top-10 finishes and victory at the Players Championship.

"I don't think I've ever started a season this well," said McIlroy, who is just a green jacket away from completing a Career Grand Slam.

"It's focusing on the small things and not living or dying by the results."

McIlroy, who hasn't won a major since 2014, has conquered The Open, U.S Open and U.S PGA Championship (twice) and if he can win the Masters this week he will become just the sixth man in history to have won all four majors.

"A change of attitude has been one of the biggest keys to how I've played for the first few months of the year," said McIlroy, who is grouped alongside Rickie Fowler and Australian Cameron Smith later today.

Meditation has become a fundamental part of McIlroy's training routine, but he was keen to point out he's not going to become obsessed by it.

"Look, I'm not going to go live with the monks for a couple of months in Nepal," he joked. "I meditated for 20 minutes on the Sunday morning of the Players Championship. My routine now consists of meditation, juggling and mind training, doing all the stuff to get you in the right place.

"I was watching the Augusta National Women's Amateur over the weekend and I saw a few women on the range juggling, so it's catching on."

McIlroy admitted he is still a beginner who can only manage to juggle three balls at a time (that's three more than me) and told reporters he has also started reading books on sports psychology and working on the mental side of golf.

"It's getting to the point where I'm almost making more time to practice my mind-set, rather than be on the range," added McIlroy.

McIlroy is the favourite to win the Masters and rightly so, considering the hot form he is in and having finished in the top 10 in all five of his Masters appearances.

"If I haven't figured out the course by now, there's something wrong.

"I'm comfortable on this golf course. It forces you to be creative and I like that side of the game. I like to see shots, to visualise and that's one of the really fun things about this place."