A family from Texas has pleaded guilty to federal charges for their involvement in a ticket resale scheme prior to the Masters. 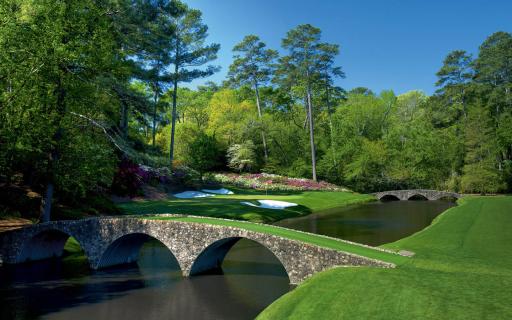 Stephen Michael Freeman appeared before a U.S District Court in Augusta on Monday and has pleaded guilty for conspiring to commit mail fraud and has agreed to a three-year prison sentence.

Freeman didn't act alone, as his sister and parents have also pleaded guilty to the same crime but are unlikely to receive jail time, but the family will have to pay over $275,000 in restitution and still have to face sentencing before a federal judge in order for their plea deals to be accepted.

“These profiteering con artists thought they had succeeded in hijacking the Augusta National’s generous ticket lottery system to satisfy their own greed,” said Bobby Christine, U.S attorney for the Southern District of Georgia.

Back in April, the family were charged by prosecutors for using stolen identities to obtain tickets for the Masters and then resold the tickets for a profit.

According to court documents, the family bought mailing lists in bulk to get names and addresses of people and used them to create fake accounts for the online ticket lottery at Augusta National Golf Club, the home of the Masters.

The relatives also asked the golf club to change the addresses in line with the fake accounts and did so by using fake driving licenses, false credit card statements and utility bills, all sent via email. By doing this, it meant that if one of the stolen names were selected in the lottery, the tickets would be sent to the family address.

Although we do not know how many tickets the family were able to get a hold of or how much money they made from the reselling, court records do show that the scheme of gathering stolen identities as a part of Freeman ticket scheme, dates back to 2013 all the way through to 2017.