Thorbjorn Olesen played his first round of golf in 11 months and says he is "incredibly sad" about what has happened following his arrest last year. 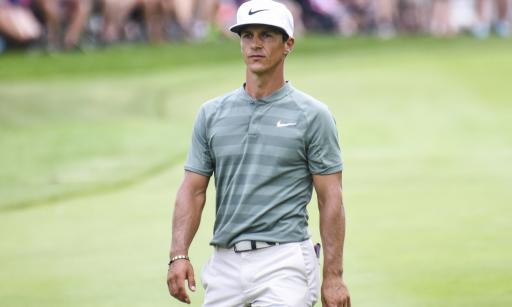 In July last year, Thorbjorn Olesen made the headlines for all the wrong reasons when he was arrested as he landed in London, after an eventful flight from Tennessee, following the WGC-FedEx St Jude Invitational.

Olesen was travelling back from the event with his 2018 Ryder Cup teammate Ian Poulter, where the Dane allegedly sexual assaulted a woman on the flight and urinated in the aisle of the aircraft in a very drunken state.

The 30-year-old is facing charges of sexual assault, being drunk on an aircraft and assault by beating, all of which he pleaded 'not guilty' to in court back in December.

Due to the current coronavirus pandemic, Olesen's provisional trial date has been pushed back to December 2021, where the case is expected to last two to three days and will next be reviewed on July 16.

Olesen was suspended by the European Tour last year in August "pending the outcome of legal proceedings" but last week, Olesen competed in his first tournament in 11 months at the Danish PGA Championship at Himmerland Golf Club.

Finishing the three-round tournament in T7 with a score of 8-under par, Olesen spoke to the media where he apologised to his Danish supporters.

“I am incredibly sad about what has happened and would like to apologise to all the Danes who have supported me for so many years,” he said.

“I basically haven't played golf in a year. I played for a week in November in Spain, and then I've been playing for the last couple of weeks – that’s it.

“Since I started playing, I've never had anything like that where I haven't played in such a long time. It’s hard."

Although he couldn't say too much about his upcoming trial, Olesen confirmed that he hopes to make a return to competitive golf when it becomes possible.

“I can only say that the trial is set for December 2021 and I can't say that much anymore. I hope, of course, that I will be able to come out and play again.”