On May 15th, players will be able to compete in the global 9-Shot Challenge event, presented by Toptracer, during the 2021 PGA Championship. 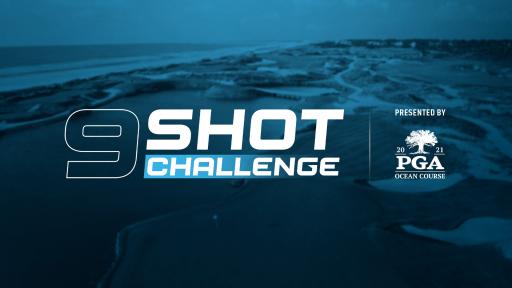 Toptracer have introduced the 9-Shot Challenge featuring the iconic Ocean Course at Kiawah Island, which is the venue for this year's PGA Championship.

From May 15th, fans will now be able to participate in the challenge at selected venues and vie for the top spot on global leaderboards.

Players will compete for a chance to win a trip for two to the 2022 PGA Championship, set to take place at Southern Hills in Tulsa, Oklahoma.

Those who are looking to take on the challenge can simply select the "9-Shot Challenge" from the game menu at a participating Toptracer location, a Toptracer-enabled Topgolf venue and on the popular WGT by Topgolf mobile golf game.

The challenge, which expires on May 23rd, allows players to compete in a series of nine approach shots, testing their iron play skills with the first tournament ranging in distances from 66 to 156 yards.

Players can see where they stand in real-time as global leaderboards track progress throughout the tournament and the leaderboard standings will include country flags representing each player, providing a visual representation of global golfing communities.

For a number of years now, Toptracer has led the way in ball-tracking technology. In 2007, they made history when it became the first company to trace the flight path of golf balls during a major televised PGA Tour event.

Overall, the company has installed over 10,000 Toptracer Range bays in 31 countries and in April of this year, they traced over 7.5 million shots in a single day.

To follow the tournament and see the rules of the 9-Shot Challenge, visit topgolf.com/9shotchallenge.

NEXT PAGE: BRYSON DECHAMBEAU DRIVES THE GREEN ON PAR-4 AT AT&T BYRON NELSON