What is the ACTUAL probability of becoming a professional golfer?

The Professional Athlete Index wanted to find out the statistics behind mastering a sport and reaching the top level of golf. 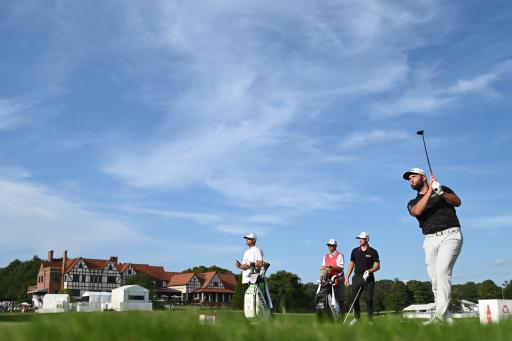 Becoming a professional sportsman requires countless hours of practice and dedication if you want to reach the top level.

Whether it is golf, football or rugby, the sport must become your life and sacrifices must be made in order to reach the pinnacle.

But in terms of golf, the vast majority of professional players come from a select few countries, so the probability of becoming a professional golfer can be heavily affected by where you live.

The Professional Athlete Index conducted a study that revealed the countries that produce the highest percentage of top-class professionals in a number of sports.

The United Kingdom has produced 10.17% and Japan have produced the third-highest percentage of professional golfers worldwide with 7.23%.

According to the index, men in Sweden have the best odds of becoming a top-tier golfer, as one in every 8,170 people reach the top level of the game.

The statistics put them just in front of Iceland and Denmark, who complete Scandinavia's accolade of providing the best odds of becoming a professional golfer.

For individual sports, data was collected from the various international associations of the sport from the last completed year of competition.

RELATED: SUNGJAE IM BREAKS RECORD FOR MOST BIRDIES MADE IN PGA TOUR SEASON

Research from the index then delved deeper into the numbers and going country by country, they used the data to calculate the odds of a person becoming a top athlete from each nation.

The odds were calculated by the ratio of athletes versus the total number of males born in each country between 1991 and 2003, against the ratio of non-athletes born in the same period.

NEXT PAGE: BEST GOLF BALL DEALS OF THE WEEK: ALL FOR UNDER £25