5 players to be axed by the LIV Golf Invitational Series ALREADY...

As the LIV Golf Invitational fields become stronger, players with lower profiles could slowly be pushed out of the regular 48-man rosters each week. 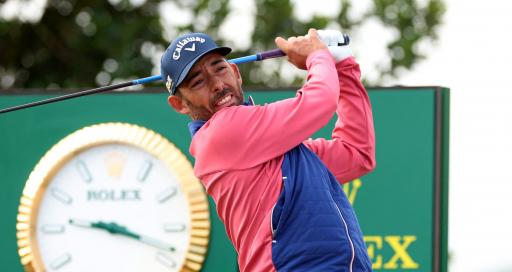 Regardless of your support for the LIV Golf Invitational Series, everyone must admit that the fields are becoming stronger and more attractive as the weeks grow on.

The risk-free, commercial incentive and the complete lack of competitive edge may be huge issues with the Saudi-backed series, but the fields are getting better and more recognisable.

LIV Golf this week confirmed that a new $405 million LIV Golf League will be introduced in 2023 with 12 established team captains.

The likes of Dustin Johnson, Phil Mickelson, Brooks Koepka and Bryson DeChambeau are the big names, while Patrick Reed, Henrik Stenson, Lee Westwood and Ian Poulter are the household names which are propping up the events.

But commissioner Greg Norman isn't done yet. According to reports, there is a sizeable queue of players interested in the breakaway tour and a number of player's agents have been in contact with the Australian about future participation.

There was a rumour that a player in the top 10 of the world rankings was on the verge of taking the leap. After winning The 150th Open Championship, Cameron Smith refused to rule himself out of succumbing to the millions of dollars on offer at LIV.

Related: What can you learn from LIV Golf pro Matthew Wolff's golf swing?

As more and more top golfing figures make the move from their respective tours, this means that the lesser-known, less successful and less recognisable players are likely to be marginalised and removed from the regular rosters.

Some of the LIV players have contracts, but it is unclear what each player's situation is. Do they have guarantees to play a minimum number of events in a series that will only ever have a maximum of 14 fixtures?

For example, Pablo Larrazabal competed in the first LIV Golf event at Centurion in June. He came 13th but he didn't play in the second event in Portland and he isn't in the field in Bedminster this week.

If the DP World Tour go on to take a similarly aggressive approach and suspend Larrazabal from playing on the circuit, will he be spat out on to the unexciting Asian Tour?

South African Oliver Bekker is in the same boat. He came seventh at Centurion, but like his Spanish colleague, he is set to miss out on event two and three.

Bekker came 64th at the Cazoo Classic at the weekend, so the LIV Golf rebels are being spared by CEO Keith Pelley for now. It is worth noting that it is outside the constitution of the DP World Tour to actually ban players.

JC Ritchie is another South African who is currently down to play just one of the first three LIV events. He came 18th near London in the same year he has made just three top-10's on the old European Tour.

Ratchanon Chantananuwat, TK for short, became the youngest golfer in history to win on a tour recognised by the world rankings at the Trust Golf Asian Mixed Cup in April.

He played in the first LIV event, but he is nowhere to be seen since. At just 15 years old, you wonder if the young man from Thailand has made his bed at a very young age.

Oliver Fisher, Mr 59 on the DP World Tour, finished 38th in the inaugural LIV event in St Albans and much like the above players, his guarantees and contractual appearances are unknown.