The executive director of The Rocket Mortgage Classic on the PGA Tour offers his thoughts on going head-to-head with LIV Golf. 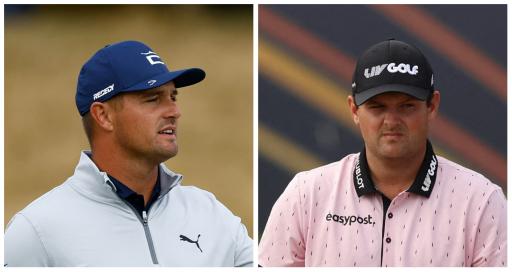 Greg Norman's LIV, bankrolled by the Saudis, heads to Trump National in Bedminster, New Jersey for the third event of their inaugural season.

The 48 players in the field have now been confirmed. Some players who played in the first event at Centurion Club just outside London have already been axed.

However, there are some new LIV signees that will peak some golf fans' interest. Henrik Stenson will make his debut after "turning his back" on Ryder Cup Europe.

Whether or not you will tune in to see how Charles Howell III and Jason Kokrak are getting on is another matter.

LIV will also have David Feherty on the fairways calling the action after Phil Mickelson welcomed him to the family from a peculiar location.

Just imagine, 12 months ago, if you could have guessed the circumstances that led to this.

Anyway, the Rocket Mortgage Classic will be played at Detroit Golf Club in Michigan, some 590 miles away from their rivals' tournament.

That's quite a contrast to the $4million the winner will receive in New Jersey, isn't it?!

The third LIV tournament will also feature Bryson DeChambeau in the field. As you might remember, the 28-year-old was a former ambassador to the brand.

He was dropped after he signed up to LIV.

Despite the noise that LIV is making, the executive director of the Rocket Mortgage Classic, Jason Langwell, doesn't seem too bothered.

Langwell told The Detroit News: "We're not worried about it. Our narrative is ours. No one else will have the narrative we have.

"We're excited about the story we're going to tell, and the players we have here to support it and tell it."

Langwell was asked by The Detroit News what his reaction is to the fact that players will inevitably be asked about LIV.

He told the publication: "I think we'll have additional conversation about golf. That'll be the case next week. The more conversations going about the golf, the more opportunities for our narrative and platform to be seen and to be heard.

"We've got a really good platform and good opportunity, regardless of what's happening in other places in the United States."

Next page: When will Tiger Woods play golf next?