Brooks Koepka claims LIV Golf decision was made after US Open

Brooks Koepka revealed he didn't think about moving to LIV Golf until after the US Open in Boston which finished on June 19. 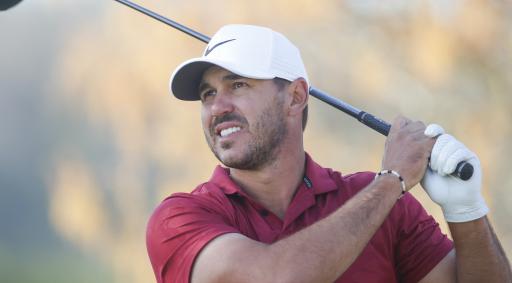 Four-time major champion Brooks Koepka claims he didn't think about the LIV Golf Invitational Series until after the US Open, claiming he made his decision inside the last 10 days.

Koepka faced the press in Portland on Tuesday alongside Patrick Reed and Pat Perez where he complemented LIV Golf's lighter schedule and the benefits this could have for his "surgically repaired knee."

The 32-year-old pledged his allegiance to the PGA Tour back in February, saying: "somebody will sell out and go to it." He simply described his course of action as a changed opinion.

Koepka revealed he is still a member of the PGA Tour, unlike Reed, so he is set to be suspended as per the standards set by Jay Monahan during the first LIV Golf Event at Centurion Golf Club on June 9.

"Just my opinion, man. My opinion changed. That was it. You guys will never believe me, but we didn't have the conversation till everything was done at the US Open and figured it out and just said I was going to go one way or another. Here I am," Koepka said at Pumpkin Ridge.

"I think definitely speaking to guys that played definitely helped. But for me, what I've had to go through the last two years on my knees, the pain, the rehab, all this stuff, you realize, I need a little bit more time off.

"I'll be the first one to say it, it's not been an easy last couple of years, and I think having a little more breaks, a little more time at home to make sure I'm 100 per cent before I go play in an event and don't feel like I'm forced to play right away. That was a big thing for me.

"And talking to guys. Everybody that came back that I spoke to, DJ, my brother, Phil, everybody had nothing but great things to say. So take it from their word, and the schedule. There's a lot of things that went into my decision. I'm sure these guys did the same thing."

Having been one of the standout performers at major championships in the last five years, Koepka expressed no concern about potentially being suspended from them in years to come.

Since 2017, he has won two US Opens and two US PGA Championships, as well as coming in the top five on six other occasions since 2014.

Like Dustin Johnson, Patrick Reed and many more of his fellow Americans, Koepka also risks being ineligible to play at the Ryder Cup in Italy in 2023.

When asked about Saudia Arabia's links to the 9/11 attacks of 2001 and the kingdom's human rights record, Koepka wheeled out the phrase each competitor has used: "I mean, we're here to play golf."

Rory McIlroy, one of the PGA Tour's strongest advocates, described the actions of Koepka and other players as duplicitous for initially backing the PGA Tour and going back on their word.

"Look, I got respect for Rory as a player. He's good. He's phenomenal. I'll be honest with you. I didn't see it. I didn't hear about it until basically like a day ago," Koepka said on this matter.

Next Page: Bryson DeChambeau vows to invest in junior golf and charity with LIV Golf pay