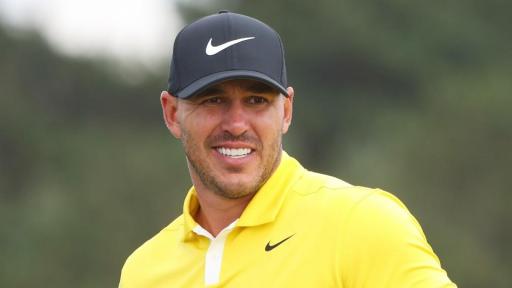 Brooks Koepka has highlighted the fact that caddies are "treated like human beings" when asked what his biggest takeaways are since joining the LIV Golf Invitational Series.

Koepka, 32, spoke to the media after the second round of LIV Golf Chicago where Cameron Smith is closing in on his maiden victory on the controversial series.

The American sits in T-28 of the 48-man field after two rounds at Rich Harvest Farms. While it's been another disappointing tournament on a personal level so far for Koepka, the team that he captains - Smash GC - are faring well.

Smash GC, comprising of his 28-year-old brother Chase, Peter Uihlein and Jason Kokrak, are only two strokes behind Dustin Johnson's 4Aces GC side that have dominated LIV's inaugural eight-event season.

The press conferences at LIV events, it's fair to say, are fairly interesting. There's been some incredible exchanges so far.

We've already had Smith's reaction to a Rory McIlroy meme. Then we had another question about how many of McIlroy's tears he could fit into the Claret Jug after winning The Open.

Phil Mickelson, too, also had some strong words about the PGA Tour this week, declaring that the days of the established American circuit having the best players in the world are over.

"As soon as that happens and we all start working together, that's going to be a really positive thing for everyone."

Related: Was Phil Mickelson right all along?

Q. Brooks, what's your biggest takeaways since joining LIV Golf, and how would you compare the atmosphere with the fans and just all the amenities that the fans have here compared to the PGA TOUR? What would you say to the people that say LIV is dividing the game?

BROOKS KOEPKA: It's pretty energized. I mean, it's golf but louder, right?

Brooks on his biggest takeaway since joining LIV and how the atmosphere and amenities fans plus caddies get are compared to the PGA TOUR #DBTT #LIVGOLF pic.twitter.com/bujPur1BAi