Brooks Koepka Net Worth: What is the LIV Golf Tour player worth?

Brooks Koepka moved over to the LIV Golf Series shortly after the US Open, despite saying he hadn't given it much thought during the week at Brookline. 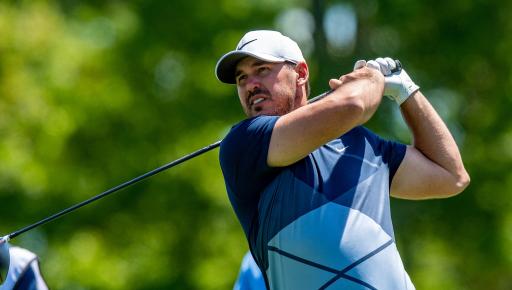 Brooks Koepka reportedly accepted a nine-figure sum to join the LIV Golf Tour, despite pledging his allegiance to the PGA Tour earlier in the season.

"Somebody will sell out and go to it," is what the four-time major champion said back in February. During the US Open, he also said he hadn't given the LIV Golf series much thought.

Koepka was fairly agitated by the questioning surrounding the Saudi-backed series at Brookline in June. But here we are, the 32-year-old is one of the series' highest-profile acquisitions alongside Phil Mickelson, Bryson DeChambeau and Dustin Johnson.

His first appearance came at the Portland Invitational in June/July. He came 20th and earned $223,600. He added another $495,000 for coming tied 11th at the Bedminster Invitational which was won by Henrik Stenson.

It is fair to say that financially, Koepka made the correct decision to join the breakaway series. It is unclear what contract he holds with Greg Norman's series, but it is rumoured his fee was in the region of $100,000,000.

Since he first earned a Special Temporary Membership on the American circuit in 2014, Koepka has earned $37,987,257 which includes two wins at the US Open and two wins at the PGA Championship.

Along the way, he has gained some valuable endorsement deals and partnerships as a result of his success. Koepka has teamed up with the likes of Srixon, Nike, NetJets, Michelob, BMW, Rolex and Infor throughout his career.

From plying his trade on the Challenge Tour and the DP World Tour in Europe to spending 47 weeks at World No.1, Koepka has become the player he was always destined to be.