Bryson DeChambeau has admitted the financial offer was too big to turn down to join the LIV Golf Invitational Series, speaking at the US Open. 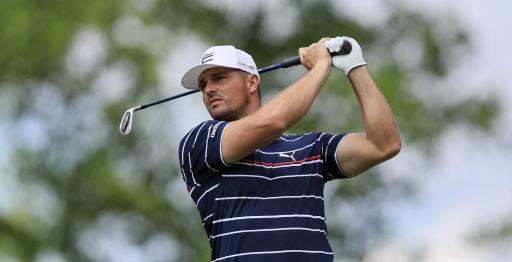 Bryson DeChambeau described his choice to join the LIV Golf Invitational Series as "a business decision" while speaking at the US Open.

DeChambeau was announced as LIV Golf's next high-profile and arguably golf's most controversial figure as their latest recruit during the first event at Centurion Golf Club last week.

Much like fellow rebels Phil Mickelson and Dustin Johnson, DeChambeau is set to receive in excess of $100,000,000 to join the breakaway tour commissioned by Greg Norman and funded by Saudi Arabia.

The 28-year-old is making just his seventh appearance on the PGA Tour this week at The Country Club in Boston. He has missed four cuts this year as he has battled an ongoing wrist injury.

"It was a business decision, first and foremost," DeChambeau said on Monday.

Related: 9/11 group react to Phil Mickelson press conference: "He should be ashamed"

"That’s all there was to it. It’s given me a lot more opportunities outside of the game of golf and given me more time with my family and my future family. So for me, that was the decision.

"There was a lot of financials to it and a lot of time. I get to have a life outside of the game of golf as well.

"What’s gone on has not been great, but they’re (Saudi Arabia) moving in the right decision from what I can see and what we’ve had conversations about."

DeChambeau, a former winner of the US Open, said he would love to play on the PGA Tour, however, this won't be possible after commissioner Jay Monahan suspended players who have and will defect to the LIV Golf Series.

As a result of his decision to join the controversial new tour, he has reportedly been dropped by Rocket Mortgage, one of his many sponsors.

DeChambeau's management team were also sent a letter from the 9/11 Families United group which is ashamed of his decision to accept payment from Saudi Arabia.

Next Page: Phil Mickelson defensive AGAIN at US Open, expresses sympathy for 9/11 families