Fox Sports is reportedly close to finalising an agreement to broadcast LIV Golf Invitational Series events, according to a report by Golfweek. 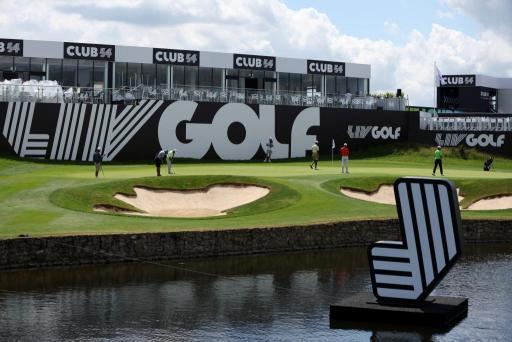 The LIV Golf Invitational Series is closing in on a deal for airtime with Fox Sports, according to a report Golfweek's Eamon Lynch.

According to sources close to Lynch, the potential deal with Fox would see LIV - bankrolled by Saudi Arabia's Public Investment Fund - not receiving payment.

Instead, LIV would buy time on the channel to air its events in what could be interpreted as a failure by the lucrative series to attract significant commercial interest.

It is not clear if any potential deal would begin immediately or in 2024.

Related: Have Fox Sports been "FORCED" into TV deal with LIV Golf?!

It has previously been reported that AppleTV turned down the opportunity to broadcast LIV events due to the current "toxic nature" the series is still attracting.

Primarily, this is down to the accusations that those who have decided to join the LIV Golf Tour are complicit in a practice known as sportswashing.

LIV Golf have now played five events in their inaugural $255m season. If you thought prize purses were mind-boggling this season, just take a look at what is on offer in 2023.

The news about Fox comes after Greg Norman, the LIV Golf chief executive, claimed that they were receiving intense interest from media companies who wanted to broadcast their events.

Norman claimed they have been having conversations with as many as four networks.

Lynch's report claims that LIV "struck out" with NBC, CBS, Disney, Amazon and the aforementioned Apple.

One of Lynch's sources suggested that Fox "were forced" to get involved at the behest of Fox Corp executive chairman and chief executive Lachlan Murdoch.

"There were people at Fox who wanted nothing do to with this," they said.

Per the report, another executive described LIV as a "weak and tainted" product.

Furthermore, it would be interesting on a personal note for Norman if LIV were to work with Fox Sports.

Norman worked with Fox as their lead golf analyst in 2015 but then they parted ways, much to his shock and surprise.

The Great White Shark, 67, later told Golf that the decision to sack him came without warning.

"I felt like I got rolled under the bus," Norman previously said, who this week has renewed his seemingly never-ending war of words with Rory McIlroy.

LIV Golf still has three more events to play in 2022; in Bangkok, Jeddah and at Trump Doral in Miami.

Details of the $50m team championship have also been confirmed.