Billy Horschel has told some of the LIV Golf rebels that they won't be coming back to the PGA Tour after making the switch to the Saudi-backed series. 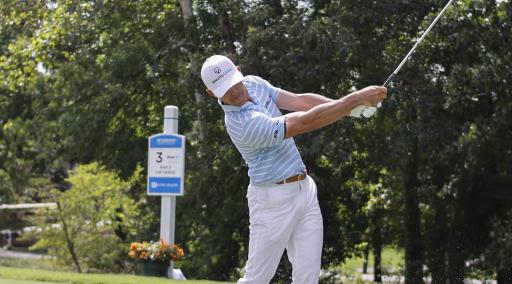 FedEx Cup Playoff hopeful Billy Horschel believes LIV Golf rebels have been brainwashed into thinking they will be allowed back on to the PGA Tour in the near future.

Talor Gooch, Matt Jones and Hudson Swafford were denied a temporary restraining order (TRO) and Horschel believes the Tour is acting within its rights to suspend those who have switched to the Saudi-backed series.

Before the Genesis Scottish Open in July, the 2022 Memorial winner said the Tour would be fine without the defecting players, brandishing them as hypocrites and accusing them of lying about their motivation to join Greg Norman's series.

"I said to some of the guys personally, I think they’ve been brainwashed by the way they feel so adamant that they’re going to be back out on the PGA Tour," Horschel said ahead of the FedEx St. Jude Invitational.

"I’ve had some of them tell me... ‘I’ll see you Tour again,’ and I say, ‘No, you won’t.’ A couple of them are pretty brainwashed in the way they’re thinking and what they’ve been told.

"I just feel, as do a lot of members of the PGA Tour and a lot of employees of the PGA Tour, a small vindication at this point because it’s not over, but everything that’s been done is correct, and we (the Tour) are within our own right to do what they’ve done."

Although the PGA Tour were successful in the first small legal battle in California on Tuesday, the case concerning the antitrust lawsuit may not start until September 2023, taking into account likely stumbling blocks, delays in court dates and appeals.

Bryson DeChambeau, Phil Mickelson and Ian Poulter are three of 11 players who have taken legal action against the Tour following their suspensions.

Players such as Rory McIlroy, Justin Thomas and Will Zalatoris have since expressed their relief at the judge's ruling which could have seen Gooch, Jones and Swafford reinstated into the FedEx Cup standings.