The DP World Tour has remained silent on the day that the PGA Tour announced suspensions for players at the LIV Golf Invitational Series this week. 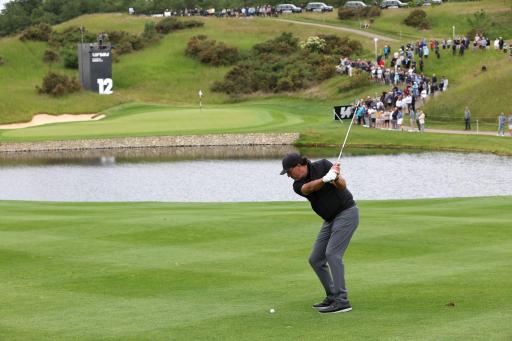 The DP World Tour, formerly the European Tour, has declined to comment on the PGA Tour suspending all players who are playing in the first LIV Golf Invitational near London.

The DP World Tour has played a largely passive role compared to their American partners who have removed all LIV Golf participants from the FedEx Cup rankings.

The strategic alliance between both tours was announced in November 2020 to "connect the ecosystem of men’s professional golf through a number of areas, including global scheduling, prize funds and playing opportunities for the respective memberships."

This partnership was updated in August 2021. However, in terms of their approach to LIV Golf, they have acted in separate ways with the DP World Tour still refusing to act.

Minutes after the inaugural shotgun start on Thursday of the breakaway series, PGA Tour commissioner Jay Monahan circulated an email to its members to detail the bans.

Players who aren't members are not allowed to use sponsorship exemptions to participate on the world's top circuit. 17 players were named among the suspensions.

"These players have made their choice for their own financial-based reasons. But they can’t demand the same PGA Tour membership benefits, considerations, opportunities and platform as you. That expectation disrespects you, our fans and our partners," Monahan wrote to the tour's membership.

Those who are exempt to play in the US Open will be allowed to do so such as Phil Mickelson and Dustin Johnson who were on the list of those who have been suspended.

In his press conference on Wednesday morning, Mickelson felt he had the right to maintain his lifetime membership on the PGA Tour after six major victories and 45 wins in total.

Next Page: "Feels dirty but I like it": Golf fans react to first LIV Golf broadcast