This is how golf fans reacted to the first broadcast of the Saudi-backed LIV Golf Invitational Series opener at Centurion Club. 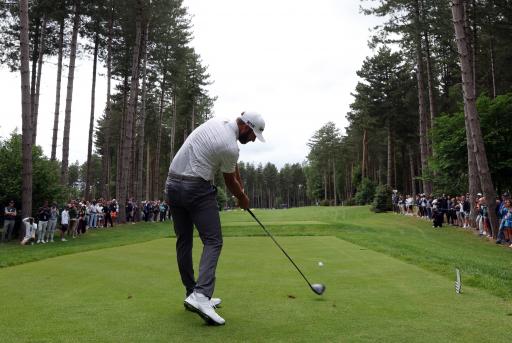 That was because as soon as Phil Mickelson, Dustin Johnson and the rest of the LIVers hit their first tee shots the PGA Tour acted.

Of course, this wasn't mentioned in the broadcast. But LIV Golf issued a fairly swift response, insisting this was "not the last word".

All of the 48 players were dropped off to their starting tee for the shotgun start in traditional black cabs.

DJ hit the fairway at No.1 and Mickelson, too, found the short stuff with a baby fade.

From there, the action was thick and fast. A live scoreboard was up on the left hand side of the screen for the viewer.

Golf fans on Twitter didn't take long to voice their opinion. Some loved it, some hated it.

Phil Mickelson got a very warm welcome as he teed off in the inaugural event of the LIV Golf Invitational Series… #LIVGolf pic.twitter.com/25OSHi6Jb4

See what they had to say below:

So LIV golf is just a crappier version of the PGA tour where the players get paid more? Because I haven’t seen anything exciting on this broadcast.

Seeing a lot more golf shots on the LIV broadcast than I'm used to, kinda an indictment on what the coverage has become with the PGA Tour. Feels dirty but I kinda like it

Did NOT expect the LIV Golf broadcast to be this solid, but I am genuinely impressed

It being brand new and all is definitely playing a role here, but the LIV Golf broadcast has been pretty great thus far.

Some dumb comments here and there, but that’s the case for every broadcast in the history of broadcasts.

Hand up, I am digging the LIV Golf broadcast.

#LIVGolf broadcast is very so-so. Frankly, I'd rather watch the Korn Ferry tournament over this. No hole flyovers, the commentating is mediocre. Lot's of work to do to get to the #PGATour level.

This is...not exactly how you'd expect the official first broadcast of a multibillion-dollar sports league to look. Peep the apparent "Live Golf" typo on the bottom ticker #LIVGolf pic.twitter.com/gi2GKPV1e0

The talking heads are making fun of LIV golf but the FACT is they have knocked it out of the park with this broadcast.. of course it's not perfect but you could argue this is better than anything we've seen by the PGA tour this year & it will only get better

The “rules official” for the broadcast is in New Jersey, WTF is that?!?! No one, I mean no one else was available to make the trip across the pond?? #LIVGolf

The #LIVGolf broadcast looks odd and sounds even odder. Lots of people talking over each other and too many 'gags'.
Cut the noises on the scoreboard please and just let the golf provide the entertainment.

Those hoping the inaugural #LIVGolf broadcast would be an embarrassment have been disappointed thus far. The static scoreboard on the left side of the screen is something PGA Tour broadcasts should have adopted years ago.

Other than the completely indiscernible leaderboard, this LIV Golf broadcast looks and sounds *checks notes* like every other golf broadcast I've ever watched

More shots per minute no swing analysis or infographics

Very old school Euro Tour feel I very much like

Just watching the @LIVGolfInv tournament live on YouTube. Have to say the broadcast is great with no commercials and the shotgun start makes for non-stop action. So far, I’m loving what I see! #golf #pga #youtube #LIVGolf

What did you think of the broadcast? Will you be tuning in to watch more LIV Golf? Let us know on our social media channels.