Former World No.1 Martin Kaymer: "LIV Golf is not taking over!" 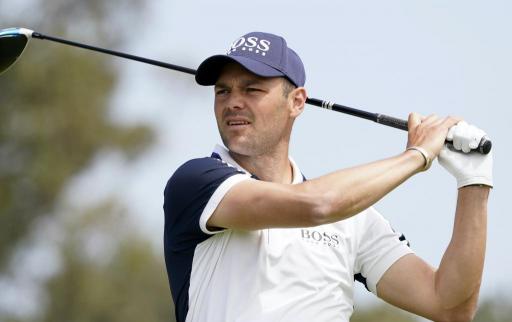 LIV Golf player Martin Kaymer hopes his participation in the Saudi-backed upstart will “not affect the Ryder Cup” too much after the DP World Tour issued sanctions.

Kaymer, along with the likes of Ian Poulter, Lee Westwood, Sergio Garcia, Richard Bland and Bernd Wiesberger have all been fined £100k and banned from playing the three upcoming co-sanctioned PGA Tour events.

That includes the star-studded Scottish Open a week before the landmark major at St. Andrews. But Kaymer had one message: “We should all be working together for the big picture.”

According to a report by GolfDigest, after the news of fines was delivered to the LIV Golf rebels – some of whom are playing in Germany this week – there was a heated debate.

That publication reports that Bernd Wiesberger was extremely unhappy. The DP World Tour decided to group the LIV Golf players together during the first two rounds of the BMW International Open.

The 37-year-old German told Sky Sports: "I made my choice and I can live with anything that comes my way.

"I'm happy to play golf anywhere in the world. I'm happy to support any tour because I believe in all the tours and in different ways.

“So, if it comes down to this, now if I’m not allowed to play any tournaments then that's what it is.

"I just hope it doesn’t affect the Ryder Cup too much because that has a lot to do with emotions. Not only for players, also for the tour and for sponsors.

Now Kaymer wants the established tours to work together.

He added: “"I find it very difficult to believe that you can't find a solution together. And there's no reason why you should be against each other.

“Because, you know, there’s no tour who owns golf, we should be all working together for the big picture.

"I don't understand why it [LIV Golf taking players] would be damaging because it's just another option to play golf.

“It's not like that we would resign from other tours and the pressure that comes from different tours. I'm not saying, you know, LIV is the best out there and they don't have special rules as well.

“But the main thing is that, nobody is against each other, but somehow it comes across like everybody is, you know, ‘LIV is taking over, LIV is against the PGA Tour and the European tour’.

“I never heard that from anybody from LIV."

Kaymer previously defended his position in signing up for LIV Golf, saying it represented a fantastic opportunity for him.

He says he still hopes to play the majors in the future.

This week the R&A released a statement confirming that players who are exempt or have already qualified for The Open will be allowed to play even if they have played LIV Golf events.