Greg Norman Net Worth: What is the LIV Golf Tour commissioner worth?

Greg Norman has become one of the most controversial figures in the game and this is because he is the commissioner and pioneer of the LIV Golf Invitational Series. 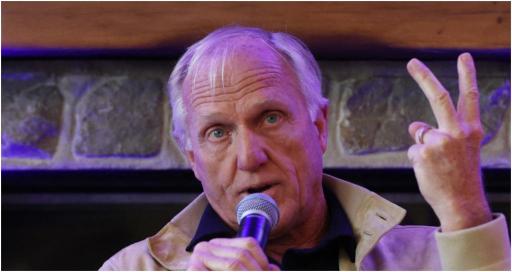 Greg Norman is known as one of the most successful international golfers to pick up a club and one of the great players of his generation, competing with the likes of Faldo, Seve, Langer, Nicklaus and Watson.

The 67-year-old has managed to recruit some of the biggest names to the Saudi-backed series from the PGA Tour and he could be on course to acquire Cameron Smith, the current World No.2 and the Champion Golfer of the Year.

Norman is the CEO of LIV Golf Investments, 80% of which belongs to the Public Investment Fund of Saudi Arabia and it is the association with a nation that commits public atrocities and violates human rights records that has caused the most angst.

Prior to his intentions to provide an alternative tour to the PGA Tour, Norman had an extremely lucrative golf career which has led to an incredibly large approximate net worth.

Just as he reminded Rory McIlroy after the Northern Irishman pointed out he'd now won more PGA Tour events than him, Norman won over 90 times worldwide and spent 331 weeks at World No.1

Norman has also invested heavily in real estate over the years, most notably with the Seven Lakes Ranch in Colorado. He reportedly sold the property in 2021, having bought it in 2004, for an undisclosed figure which is rumoured to be around the $40 million mark.

His other business interests have included private equity funds, wine production and clothing. He has the Greg Norman Collection which uses many designs and trademarks which he wore during his career.

The Greg Norman Company was founded in 1993 and it is now a national corporation based in Florida. The company represents numerous businesses and reports millions of dollars in revenue each year.