Greg Norman is seeking a special exemption to play at The 150th Open Championship in July, but the R&A have reportedly rejected his request. 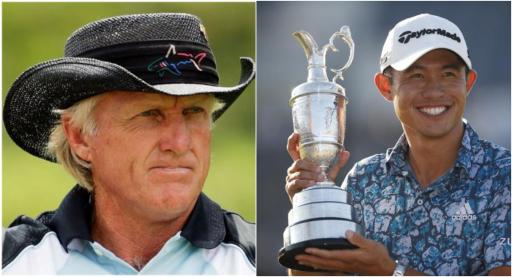 Two-time Open champion Greg Norman has been rejected by the R&A in his attempt to play at The 150th Open Championship at St Andrews.

Dion Kipping, who spoke to the Today Show in Australia, confirmed that the R&A won't give Norman a special exemption to play at the home of golf in July.

The rules state that former Open champions below the age of 60 can be given special exemptions. At 67, the Great White Shark would have to go through qualifying.

"The R&A have certainly come out on the front foot here. They've stamped their authority on this and I think there'll be more to come from it," said Kipping.

"I think they've had to come out early and say what the rules actually are and take it from there.

As Kipping said, Tom Watson was given a special exemption to play at the age of 65 in 2014. But with the emergence of the LIV Golf Invitational Series, Norman's rejection is hardly surprising.

A clear divide has formed between the Aussie and the PGA Tour in the last 12 months. He has developed an allegiance with the Saudi Kingdom and the Public Investment Fund which are funding the LIV Golf Invitational Series.

Norman previously said that some of the world's top players have committed to the eight-event series which begins at The Centurion Club in the UK in June.

Up to $25 million will be available at each of these events, but the Saudi regime has been accused of sportswashing its money through this tour.

It has led to a complete and comprehensive rejection from players such as Rory McIlroy, Tiger Woods and Jon Rahm and the exile of Phil Mickelson.

Next Page: Scott Jamieson facing 31 holes in a day to win first title in 10 years