Dustin Johnson has revealed he thought he would earn more money during LIV Golf's inaugural season before the $50m team championship in Miami. 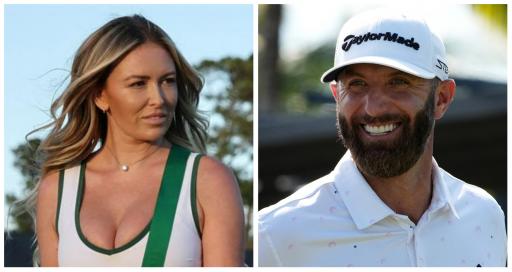 Dustin Johnson has revealed he didn't reach his on-course earnings goal during LIV Golf's inaugural season before the $50m team championship in Miami.

Coming into the eighth and final event of the $255m season, the 2020 Masters champion has earned a simply mind-boggling amount of money. North of $30m.

That's on top of reportedly signing a deal worth $150m with the breakaway tour. It was a figure that was high enough for him to resign his PGA Tour membership.

Johnson previously joked that he really regretted his decision. Oh, he also became LIV Golf's season champion so that banked him another $18m bonus. He thanked his glamorous wife Paulina Gretzky for that.

DJ got to this figure by winning LIV Golf's Invitational in Boston where he scooped $4m. Moreover, the 4 Aces GC have simply dominated the team element aspect to LIV Golf.

Johnson's side - which comprises of Pat Perez, Talor Gooch and Patrick Reed - won in Portland, Bedminster, Chicago and Boston with each team member scooping another $750,000.

Obviously, Johnson answered this question with his tongue firmly in his cheek. But the two-time major champion was expecting to earn more.

This was the question Johnson was asked:

"Did you think in June of '22 when you made the decision to come to LIV, did you think that you would be where you are right now with $35 million worth of winnings and all the positivity that LIV has created?"

Side note: positivity? Okay then.

"Yeah, I'm actually a little under where I thought I would be. But you know, I've done okay. I didn't quite reach my goal.
"But yeah, I'm happy with it so far."

Johnson said his goal was to win all of the LIV Golf events.

He'll earn even more wedge next year as LIV Golf have already announced their season will expand to 14 events globally.

The prize purses have also increased to $405m.

It's just an obscene amount of money, isn't it?!

Watch one of our videos