Kevin Na on Saudi: "People come up with rumours and they write things"

Kevin Na was asked about rumours suggesting he has committed himself to the Saudi golf league. 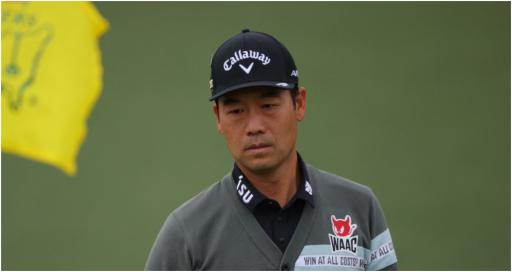 Kevin Na says he "hasn't signed anything" when asked if he has committed himself to Greg Norman's rival golf league.

This week Na, 38, is playing RBC Heritage at Harbour Town Golf Links on the PGA Tour and signed for an opening round of 1-under 70.

He briefly stopped and chatted to the media and one topic was the Saudi golf league, also known as the LIV Golf Invitational Series.

Na was reported by The Telegraph earlier in the week as being one of those who was targeted by Norman and interested in playing.

Other names associated with the league include Lee Westwood, Ian Poulter, Bubba Watson and Jason Kokrak.

Na wore a Golf Saudi logo throughout The Masters. After his first round in Harbour Town, he tried to pour cold water on the rumours.

When he was asked if he had considered or is considering an offer, he said: "As an athlete, you always look at your options, that's all."

He didn't want to discuss the topic further.

"Right now I'm focused on this week, trying to play the best I can," he said.

"I haven't played much this year with a couple of injuries and having a kid, so I need to play more out there and try to get my FedExCup ranking up."