Dustin Johnson started well in the first round of the second event of the LIV Golf Invitational series in Portland at Pumpkin Ridge Golf Club. 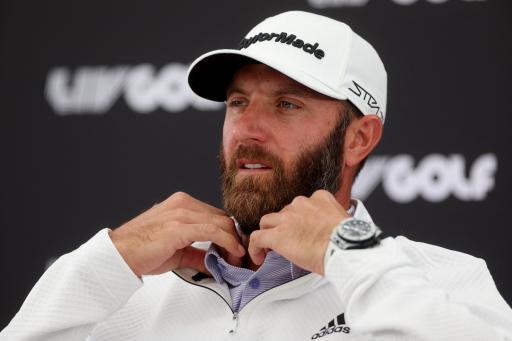 Day one of the second $25m LIV Golf Invitational series event at Pumpkin Ridge Golf Club in Portland, Oregon, is in the books and it’s newly-signed Carlos Ortiz who sits atop the leaderboard after shooting a 5-under 67.

Dustin Johnson is in second place at 4-under par. Pat Perez, who got tongues wagging with an interesting choice of clothing at the LIV Golf party earlier in the week, is one stroke behind Johnson, alongside Hineto Tanihara and Branden Grace.

Brooks Koepka, who has also made his LIV Golf debut on Thursday, is in sixth place after carding a round of 2-under par. Bryson DeChambeau shot level par. Phil Mickelson carded a round of 3-over par and sits T-30th in the three-day, 54-hole shotgun start tournament.

Other notable debutants include Matthew Wolff and Patrick Reed. Captain America is sitting T-14 after shooting a round of level par.

Of course, day one was not without its controversy. Before the tournament began, the families of the survivors and victims of 9/11 held a press conference stating their objections to the tournament, urging the players not to be complicit in helping the Saudi government “sportswash” their reputation.

“Through this golf tournament, Saudi Arabia is attempting to sportswash, avoid accountability for its egregious human rights violations, and continue decades of denying responsibility for its direct role in the murder of my father and thousands of others,” said Brett Eagleson, whose father, Bruce Eagleson, died on 9/11 at the World Trade Center.

“It is a slap in the face that, despite knowing all of that, some professional golfers rationalize their participation in LIV, turning a blind eye to ongoing Saudi atrocities and the Saudi’s attack on America while accepting the blood money offered to them.”

The daughter of Terrance Aiken, who was murdered on 9/11, asks the golfers to put themselves in their shoes. pic.twitter.com/yDWd08KBPK

Leaderboard after day one

Middle of the cup #LIVGolf | @PhilMickelson