Will Zalatoris issues statement after reports linked him with LIV Golf

Will Zalatoris has posted a response to reports linking him with a move to the LIV Golf Invitational series. 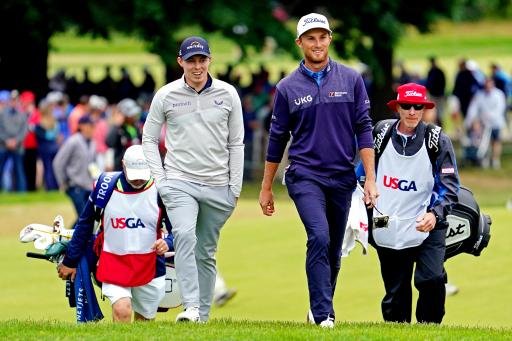 Will Zalatoris has taken to social media to deny rumours that he is about to turn his back on the PGA Tour in favour of the LIV Golf Invitational series.

The American star, who has finished runner-up in the past two majors to Justin Thomas and Matthew Fitzpatrick, has always been vocal in his support of the PGA Tour.

He is a member of the Players Advisory Council alongside Rory McIlroy. He previously said it “was great” that Tour commissioner Jay Monahan had issued bans for players who defied orders to tee it up in the Saudi-backed series.

“I mean, look, if you want to do it [leave], no one’s stopping you,” Zalatoris previously told the media at the AT&T Byron Nelson.

For some reason, rumours continue to surround Zalatoris. Even when staunch PGA Tour defender withdrew from the Travelers Championship a few weeks ago he had to act quickly to deny rumours he was about to hot foot over to LIV.

Perhaps these rumours only exist because of the “duplicitous” nature of some players?!

This week the DP World Tour players who have been fined and suspended have upped the ante by issuing threats of legal action if their sanctions are not rescinded.

Zalatoris wrote: “Now, I have begun to hear rumors that I might be going to LIV. I’d like to clear this up and say that I am fully committed to the PGA Tour and DP World Tour. I have been vocal about this since February and nothing has changed.

Zalatoris, who last year became the PGA Tour’s Rookie of The Year thanks to an incredible season, is currently ranked No. 12 in the Official World Golf Ranking.

It appears that all that is missing for the 25-year-old is that victory. He has drawn plaudits for his exceptional ball striking.

Zalatoris is also sitting atop the DP World Tour’s Race to Dubai standings and is ninth in the FedEx Cup.