LIV Golf League 2023: Predicting the 48 players that could start!

GolfMagic expects a number of huge PGA Tour signings for LIV Golf ahead of the 2023 season... 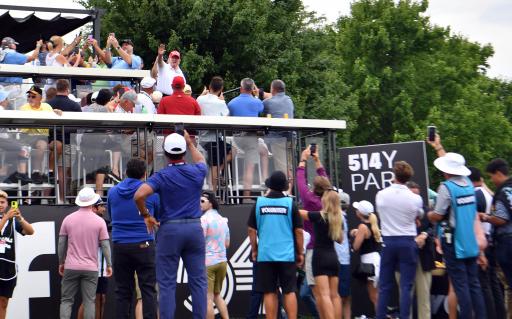 We may only be three events into the inaugural LIV Golf Tour of 2022, but we are already looking ahead to the 2023 season and what the Saudi-backed series could look like in the near future.

Cameron Smith is set to become LIV Golf's latest acquisition after agreeing on a reported $100 million fee. He is certainly the most significant addition to the controversial tour this season.

The first legal development in the battle between LIV golfers and the PGA Tour took place on Tuesday when federal judge Beth Labson Freeman denied three players a temporary restraining order to play in the FedEx Cup Playoffs.

Talor Gooch, Matt Jones and Hudson Swafford will not be re-entered into the FedEx Cup standings after Judge Freeman said she was satisfied that the plaintiffs "had not established irreparable harm" after both sides made lengthy submissions.

Another key revelation from the court hearing in California was that the 48-man roster for the 2023 season is fixed. All of the spots have been arranged.

This begs the question of who is in and who is out? We can safely assume that Greg Norman is far from done with the recruitment phase of the series which means there will be more big names to come.

This also means that some players will be replaced if 48 players are set in stone. Players such as Joaquin Niemann, Hideki Matsuyama, Adam Scott and Rickie Fowler have all been linked to the breakaway league.

The likes of Brooks Koepka, Phil Mickelson, Bryson DeChambeau and Dustin Johnson, just to name a few, are rubberstamped for the long haul which further reduces the number of available spots.

Here is our stab in the dark at the 48-man roster of the 2023 LIV Golf Invitational Series: